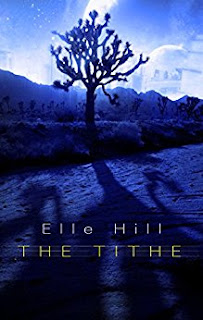 The Tithe
No one knows exactly what happens to these seventy Tithes, but everyone knows who: the “unworkables,” those with differing physical and mental capacities. Joshua Barstow, raised for twenty years among her town’s holy women, is one of these seventy Tithes. She is joined by the effervescent Lynna, the scholarly Avery, and the amoral Blue, a man who has spent most of his life in total solitude.  Each night, an angel swoops down to take one of their numbers. Each night, that is, except the first, when the angel touches Josh… and leaves her. What is so special about Josh? She doesn’t feel special; she feels like a woman trying to survive while finally learning the meanings of friendship, community, and love. How funny that she had to be sacrificed to find reasons to live.
Kindle Price: $0.00
Click here to download this book. 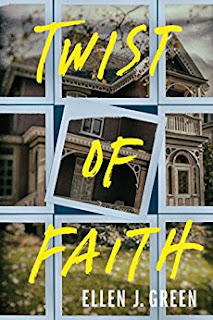 Twist of Faith
After the death of her adoptive mother, Ava Saunders comes upon a peculiar photograph, sealed and hidden away in a crawl space. The photo shows a shuttered, ramshackle house on top of a steep hill. On the back, a puzzling inscription: Destiny calls us. Ava is certain that it’s a clue to her elusive past. Twenty-three years ago, she’d been found wrapped in a yellow blanket in the narthex of the Holy Saviour Catholic Church—and rescued—or so she’d been told. Her mother claimed there was no more to the story, so the questions of her abandonment were left unanswered. For Ava, now is the time to find the roots of her mother’s lies. It begins with the house itself—once the scene of a brutal double murder. When Ava enlists the help of the two people closest to her, a police detective and her best friend, she fears that investigating her past could be a fatal mistake. Someone is following them there. And what’s been buried in Ava’s nightmares isn’t just a crime. It’s a holy conspiracy.
Kindle Price: $1.99
Click here to download this book.
Posted by Joisel at 5:37 AM