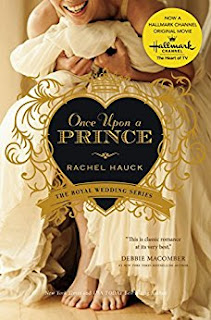 Once Upon a Prince
Susanna Truitt never dreamed of a great romance or being treated like a princess---just to marry the man she has loved for twelve years. But life isn't going according to plan. When her high-school-sweetheart-turned-Marine-officer breaks up instead of proposing, Susanna scrambles to rebuild her life. The last thing Prince Nathaniel expects to find on his American holiday to St. Simon's Island is the queen of his heart. A prince has duties, and his family's tense political situation has chosen his bride for him. When Prince Nathaniel comes to Susanna's aid under the fabled Lover's Oak, he is blindsided by love. Their lives are worlds apart. He's a royal prince. She's an ordinary girl. But everything changes when Susanna receives an invitation to Nathaniel's coronation. It's the ultimate choice. His kingdom or her heart? God's will or their own?
Kindle Price: $0.00
Click here to download this book. 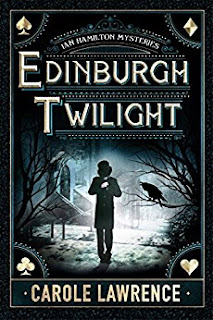 Edinburgh Twilight
As a new century approaches, Edinburgh is a city divided. The wealthy residents of New Town live in comfort, while Old Town’s cobblestone streets are clotted with criminals, prostitution, and poverty. Detective Inspector Ian Hamilton is no stranger to Edinburgh’s darkest crimes. Scarred by the mysterious fire that killed his parents, he faces his toughest case yet when a young man is found strangled in Holyrood Park. With little evidence aside from a strange playing card found on the body, Hamilton engages the help of his aunt, a gifted photographer, and George Pearson, a librarian with a shared interest in the criminal mind. But the body count is rising. As newspapers spin tales of the “Holyrood Strangler,” panic sets in across the city. And with each victim, the murderer is getting closer to Hamilton, the one man who dares to stop him.
Kindle Price: $1.99
Click here to download this book.
Posted by Joisel at 4:19 AM