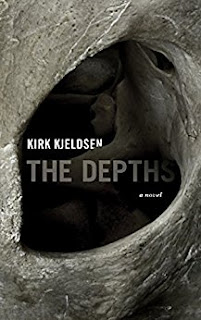 The Depths
After trailing spouse Marah Lenaerts suffers her third miscarriage in as many years, her husband Eden surprises her with a vacation to Malaysia, hoping it will lift her spirits. And it does, as they enjoy trading the bustle of their Shanghai life behind for the idyllic tropical paradise. But while on a diving excursion, they’re taken hostage by a group of terrorists, who take them to a remote island and hold them there for ransom. The longer that time drags on, though, the more doubts Marah begins to have about their captors’ true motivations.
Kindle Price: $0.00
Click here to download this book. 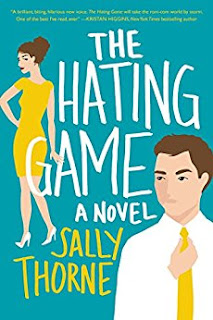 The Hating Game
Lucy Hutton and Joshua Templeman hate each other. Not dislike. Not begrudgingly tolerate. Hate. And they have no problem displaying their feelings through a series of ritualistic passive aggressive maneuvers as they sit across from each other, executive assistants to co-CEOs of a publishing company. Lucy can’t understand Joshua’s joyless, uptight, meticulous approach to his job. Joshua is clearly baffled by Lucy’s overly bright clothes, quirkiness, and Pollyanna attitude. Now up for the same promotion, their battle of wills has come to a head and Lucy refuses to back down when their latest game could cost her her dream job…But the tension between Lucy and Joshua has also reached its boiling point, and Lucy is discovering that maybe she doesn’t hate Joshua. And maybe, he doesn’t hate her either. Or maybe this is just another game.
Kindle Price: $1.99
Click here to download this book.
Posted by Joisel at 4:49 AM