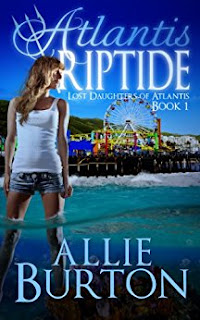 Atlantis Riptide
When a girl runs away from the circus…For all her sixteen years, Pearl Poseidon has been a fish out of water. A freak on display for her adoptive parents’ profit. Running away from her horrible life, she craves one thing—anonymity. But when she saves a small boy from drowning she exposes herself and her mutant abilities to Chase, a budding investigative reporter. Now, he has questions. And so do the police. Once Pearl discovers her secret identity, she learns she’s part of a larger war between battling Atlanteans. A battle that will decide who rules the oceans. A battle raging between evil and her true family. Will she find a way to use her powers in time to save a kingdom she never knew existed?
Kindle Price: $0.00
Click here to download this book. 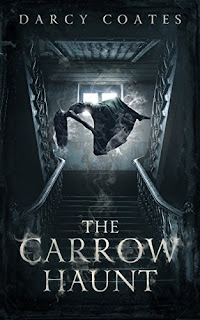 The Carrow Haunt
Remy is a tour guide for Carrow House, a notoriously haunted building. When she's asked to host seven guests for a week-long stay to research Carrow's phenomena, she hopes to finally experience some of the sightings that made the house famous.  At first, it's everything they hoped for. Then a storm moves in, cutting off their contact with the outside world, and things quickly become twisted. Doors open on their own. Seances go disastrously wrong. Red liquid seeps from behind the wallpaper. Their spirit medium wanders through the house during the night, seemingly in a trance.  Then one of the guests dies under strange circumstances, and Remy is forced to consider the possibility that the ghost of the house's original owner, a twisted serial killer, still walks the halls.  But by then it's too late to escape.
Kindle Price: $0.99
Click here to download this book.