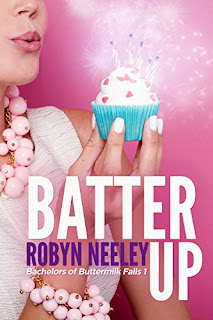 Batter Up
Bakeshop owner Emma Stevens has a secret. A delicious premonition she shares every Monday evening with the bachelors of Buttermilk Falls as they gather at the Sugar Spoon bakery for Batter Up night. Investigative reporter Jason Levine just found himself as the man candy for a bachelorette party in Las Vegas. Roped into attending the Vegas nuptials, was he hearing things when the groom shares that the only reason he’s getting married is because a small town baker conjured up the name of his soulmate in her cake batter? Sparks fly when Jason tries to expose Emma as a fraud, but reality and logic go out the window as he begins to fall under her spell.
Kindle Price: $0.00
Click here to download this book. 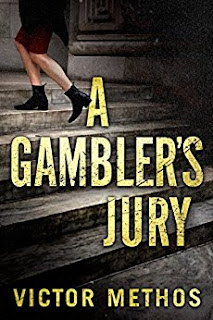 A Gambler's Jury
Attorney Dani Rollins is bullish in the courtroom—pushing judges and prosecutors to their limits in defense of the innocent. So when she meets Teddy Thorne, a mentally challenged teen accused of selling drugs, Dani knows she’s got this in the bag. She can easily settle the case with a couple of court appearances. But when prosecutors move for an adult felony conviction, Dani suspects Teddy’s being used as a pawn in a sinister game. As the case moves forward, Dani is certain the judge and district attorney’s office have motivations beyond the crime—a fair trial isn’t in the cards. And when she takes on guardianship of Teddy, the case becomes personal as she fights her own demons and the government. Dani will stop at nothing to protect this innocent boy—there’s no other option. Because if she loses, both she and Teddy could lose far more than just the case…
Kindle Price: $1.99
Click here to download this book.
Posted by Joisel at 7:39 PM