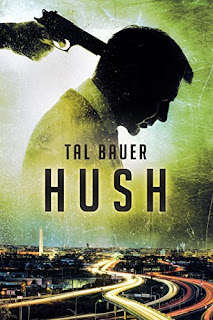 Hush
Federal Judge Tom Brewer is finally putting the pieces of his life back together. In the closet for twenty-five long years, he’s climbing out slowly, and, with the hope of finding a special relationship with the stunning Mike Lucciano, U.S. Marshal assigned to his DC courthouse. He wants to be out and proud, but he can’t erase his own past, and the lessons he learned long ago. But a devastating terrorist attack in the heart of DC, and the subsequent capture and arrest of the terrorist, leads to a trial that threatens to expose the dark underbelly of America’s national security.  As Russia beats the drums of war, intent on seeking revenge, and the United States struggles to contain the storm before it races out of control, secrets and lies, past and present, collide in Judge Tom Brewer’s courtroom. With the world’s attention fixed on Tom and this case, he suddenly discovers he may be the only person who can put everything together in time to stop the spark of a new world war.
Kindle Price: $0.00
Click here to download this book. 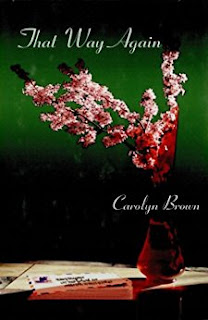 That Way Again
Kitty Maguire and Preston Fleming fell head over heels in love the first time they saw each other. They were planning a wedding and the rest of their lives together. But Kitty's great-aunt put an end to all that in the course of one phone call, shattering both of their hearts and ruining their lives. Neither Kitty nor Preston would have thought her capable of telling one lie, much less two. Then when she died suddenly a week later, they never found out. Five years later, Kitty comes back to Caddo, Oklahoma to sell Aunt Bertha's house and to finally put closure on the fiasco that broke her heart in a million pieces when she found out Preston had found another woman. As luck would have it, every time she turns around he's right there. The tingle is still there as well as the love, but he's married... or at least Kitty thinks he is.
Kindle Price: $1.99
Click here to download this book.
Posted by Joisel at 3:40 AM