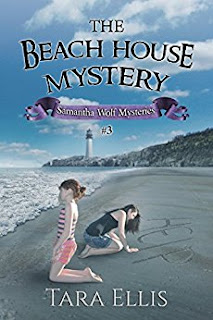 The Beach House Mystery
The fun continues in book #3 of the Samantha Wolf Mysteries! What should be a quiet week at the beach turns into the most challenging mystery that Sam and Ally have uncovered yet. What's the truth behind the odd family renting the cabin next-door? Is the tale of a sea creature and haunted lighthouse just a myth? How does a missing girl, and suspicious boat tie into all of it? The girls can't solve this puzzle on their own, so they turn to their brothers for help. Travel with them to the scenic Washington Coast and into the Olympic Rainforest, where the four have to work together to untangle the clues and fit the mysterious pieces together.
Kindle Price: $0.00
Click here to download this book. 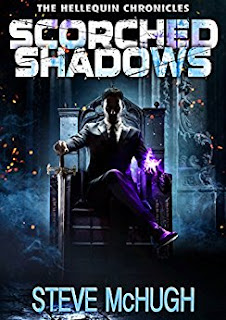 Scorched Shadows
Avalon is under siege. A shadowy cabal, headed by a mysterious figure known only as “My Liege”, has launched a series of deadly attacks across the globe, catching innocent human bystanders in the crossfire. Emerging from the debris of battle, Nate Garrett, the sixteen-hundred-year-old sorcerer also called Hellequin, and his friends must stop My Liege once and for all. But powerful forces stand in their way. To save Avalon, they will need to enlist the help of Mordred, once Nate’s greatest nemesis, now his most formidable ally. But Mordred is grappling with a dark prophecy that could spell Nate’s doom…The fate of the world hangs in the balance. Even if Nate can halt the war, will there be anything left worth saving?
Kindle Price: $1.99
Click here to download this book.
Posted by Joisel at 2:35 AM