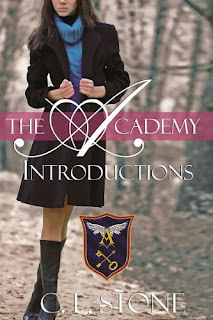 Introductions
With an agoraphobic mother and a barely-there father, Sang abhors the isolation keeping her in the shadows. The only thing Sang craves is a fresh start and to be accepted as ordinary by her peers, because for her being different meant being cast out alone. When her family moves to a new school district, Sang infiltrates a group of boys nearly perfect in every way. Grateful for an influence outside of her parents’ negativity, she quickly bonds with the boys, hoping to blend in and learn from them what it means to have a natural relationship with friends. Only the boys have secrets of their own and they’ll do anything to keep her safe from the knowledge of the mysterious Academy that they've sworn allegiance to. Bit by bit, Sang discovers that her friends are far from the normalcy she expected. Will her loyalty change when she's forced to remain in the dark, or will she accept that she's traded one house of secrets for another? Meet Kota, Victor, Silas, Nathan, Gabriel, Luke and North in a story about differences and loyalty, truth and mystery, friendships and heart-throbbing intimacy. The Academy, ever vigilant.
Kindle Price: $0.00
Click here to download this book. 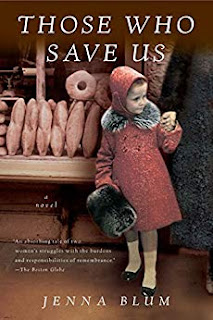 Those Who Save Us
For fifty years, Anna Schlemmer has refused to talk about her life in Germany during World War II. Her daughter, Trudy, was only three when she and her mother were liberated by an American soldier and went to live with him in Minnesota. Trudy's sole evidence of the past is an old photograph: a family portrait showing Anna, Trudy, and a Nazi officer, the Obersturmfuhrer of Buchenwald. Driven by the guilt of her heritage, Trudy, now a professor of German history, begins investigating the past and finally unearths the dramatic and heartbreaking truth of her mother's life. Combining a passionate, doomed love story, a vivid evocation of life during the war, and a poignant mother/daughter drama, Those Who Save Us is a profound exploration of what we endure to survive and the legacy of shame.
Kindle Price: $2.99
Click here to download this book.
Posted by Joisel at 2:11 AM