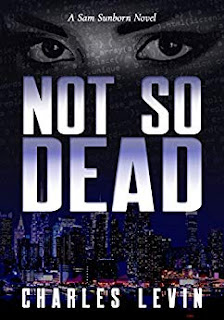 Not So Dead
Follow Sam Sunborn as he teams up with a real Einstein to give birth to an invention that could change the lives of everyone on the planet forever. Sam wants to help people through his invention, but lands up having to defend it and his family from the Leopard, a driven and demented terrorist, whose mission is to rein chaos and destruction on the Western World. Using the latest technology and a battle of wills and wits, Sunborn and the Leopard engage in an epic global clash. What disasters befall the innocent in the Leopard’s wake? Can Michelle Hadar, a lowly grad student, and Rich Little, a talented Homeland Agent, possibly come to the rescue? Mysteries and surprises abound in this fast-paced thriller. Charlie's 20 year background in tech, degree in philosophy and love of fast-paced thrillers are the brew that created NOT SO DEAD. He lives in New Jersey with his wife, Amy, and has two sons, too far away in California.
Kindle Price: $0.00
Click here to download this book. 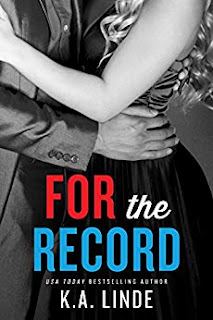 For the Record
With Congressman Brady Maxwell up for reelection and journalist Liz Dougherty about to graduate into a promising career, the ambitious couple’s future is brighter than ever. They share a passion for their work…and for each other. But when Brady holds a press conference to officially introduce Liz as his girlfriend, reporters hungry for a scandal bombard her. Now, her every move is under a vicious magnifying glass, and her life feels like it’s falling apart. On the road to reelection, the passionate bond between the congressman and the journalist gets tested at every stop. Threatened by shameless media sensationalism and jealous exes, Brady and Liz now have to learn to trust each other despite what they read in the papers.
Kindle Price: $1.99
Click here to download this book.
Posted by Joisel at 2:01 AM