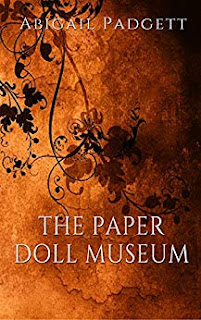 The Paper Doll Museum
Retired, divorced and addicted to eggplant, Taylor Blake is seeing things. That aren't there. Determined to forestall the inevitable trip to a locked facility, she skillfully hides the fact that her life has become a horror movie. Then, at a club dance, an octogenarian stalker in a Tom Mix costume invites her to The Paper Doll Museum. There Taylor's fears are banished in a reality beyond imagining. She isn't crazy; she's a Revenant, one of the few who have regained the magical perceptions of childhood. But the magic is accompanied by childhood's dark side as well. There really is something hiding in the dark. There always was. Fortunately, Taylor Blake can kick ass.
Kindle Price: $0.00
Click here to download this book. 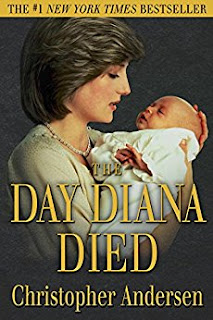 The Day Diana Died
A year after Princess Diana's tragic death in 1997, shocking revelations about her passing have surfaced via eyewitness testimony. From the nurse who covered her naked, lifeless body and who answered the queen's immediate query of "where are the jewels?" to the off-duty paramedic who held Diana's head in his hands, The Day Diana Died leaves no sacred rock unturned. What was the expression on Prince Charles's face when he saw Diana's mutilated body? How did Prince William and Harry react when they first heard the devastating news? Was there cocaine in the Mercedes? Inquiring minds want to know, and Christopher Andersen serves up a hefty portion of hearsay for those with an insatiable Diana appetite. Not meant for individuals with delicate sensibilities, this collage of reliable, low-profile sources covers everything from the measurements of Diana and Dodi's wounds to Camilla Parker-Bowles's two cents on her rival's death.
Kindle Price: $1.99
Click here to download this book.
Posted by Joisel at 2:58 AM