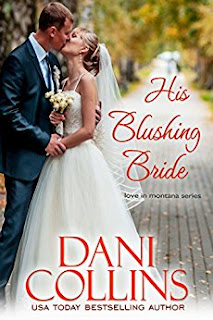 His Blushing Bride
Piper Tierney is busy wrapping up the school year and planning the music for Marietta’s Wedding Of The Century. She does not need one of her parents’ backpacking hippies under foot. Except the guy they let stay in their house is so much more than the California couch-surfer he resembles. Before she knows it, she’s making time to make time, even though he’s only in town for a couple of weeks.  Taking a break from working on his doctorate in political science, Sebastian Bloom wants to reassure himself his sister isn’t making another mistake with her upcoming wedding to a Marietta rancher. He’s definitely not looking for a bride for himself. Marriage and family are a trap. But Piper is cute, funny, and wants to move on from her ex. They agree to a no strings affair, but will they wind up tying the knot?
Kindle Price: $0.00
Click here to download this book. 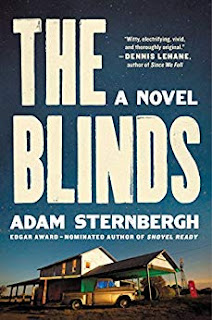 The Blinds
Imagine a place populated by criminals-people plucked from their lives, with their memories altered, who’ve been granted new identities and a second chance. Welcome to The Blinds, a dusty town in rural Texas populated by misfits who don’t know if they’ve perpetrated a crime, or just witnessed one. What’s clear to them is that if they leave, they will end up dead. For eight years, Sheriff Calvin Cooper has kept an uneasy peace—but after a suicide and a murder in quick succession, the town’s residents revolt. Cooper has his own secrets to protect, so when his new deputy starts digging, he needs to keep one step ahead of her—and the mysterious outsiders who threaten to tear the whole place down. The more he learns, the more the hard truth is revealed: The Blinds is no sleepy hideaway. It’s simmering with violence and deception, aching heartbreak and dark betrayals.
Kindle Price: $1.99
Click here to download this book.
Posted by Joisel at 3:13 AM