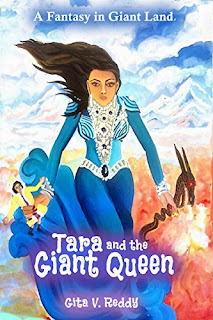 Tara and the Giant Queen
Tara and the Giant Queen is a fantasy in the Land of Giants. Nine-year old Tara finds herself in a strange land after a storm. She accidentally lands on the head of the queen of giants and is taken into her care. The good queen promises to help her return home but there are evil giants who believe Tara is a magician and are out to capture her for her magic powers. What follows is danger, courage and a fascinating journey home. And yes, fun, because Tara and the boy-giant, Montek, become great friends.
Kindle Price: $0.00
Click here to download this book. 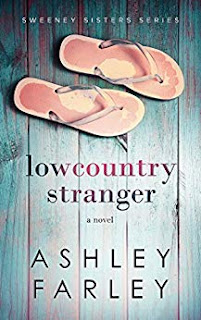 Lowcountry Stranger
There's a stranger in town. And it’s no coincidence when she shows up uninvited at a Sweeney family wedding. All eyes are drawn to this urchin who seems to have washed in with the tide. Before the night is over, the doe-eyed waif charms young and old with her street smarts and spunky personality. For better or worse, Annie Dawn is here to stay. The memorable Sweeney sisters from Her Sister’s Shoes have returned with more suspense and family drama to hold you spellbound until the dramatic conclusion. As she approaches the next stage of her life as an empty nester, Jackie is torn between expanding her fledgling design business and spending these last precious months with her boys before they fly the coop. Her own worst enemy, Sam is terrified of making a commitment to Eli Marshall, handsome police officer, true love of her life. Her resolve is tested when a ghost from her past shows up after nearly two decades. Faith nurtures her seven-year-old daughter who is recovering from the trauma of her abusive father. Is the threat in the past, or is there more danger on the horizon? The sisters seek guidance from their mother, Lovie, a true Southern matriarch who shows them how to respond to adversity with grace and dignity.
Kindle Price: $0.99
Click here to download this book.
Posted by Joisel at 5:35 AM