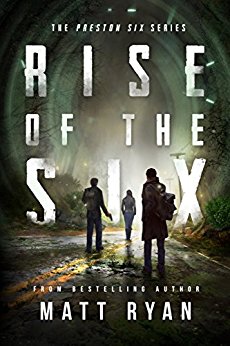 Rise Of The Six
Joey Foust has no idea he’s a wanted man and his parents aim to keep it that way. They raised him as a normal boy in a small American town, hoping he and his friends don’t discover what lies beyond. And for eighteen years, they succeed. Joey and his friends, the Preston Six, were all born on the same day, but soon come to find they have much more in common than a simple birthdate. Details of their past are suspicious, and they are determined to figure out what their parents are hiding. Small threads of new information are discovered, leading the Preston Six to venture in search for the truth. What they find pushes the boundaries of their beliefs. Now, they’re forced to leave behind everything to face an unknown adversary who’s been hunting for them since the day they were born. They must rise as one, or fall to enemy hands.
Kindle Price: $0.00
Click here to download this book. 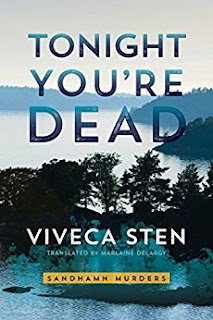 Tonight You’re Dead
When the student Marcus Nielsen is found dead in his apartment, everything indicates that he has committed suicide, but Marcus's mother is convinced that he has been murdered and is calling on the Nackapolis to dug on.  At the police's investigation of the case, the tracks to Korsö lead military camps outside of Sandhamn, where the hardy coastal hunters had their base for decades. Shortly thereafter another man dies with connections to Korsö. Is there anything in the past that can not be overcome?
Kindle Price: $1.99
Click here to download this book.
Posted by Joisel at 2:50 AM