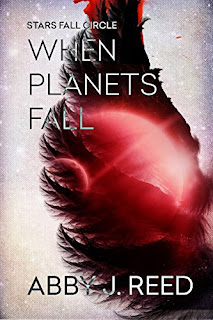 When Planets Fall
Breaker's home is cleaved by blood. The three tribes on the planet Scarlatti, whose only difference is their blood color, each want to exploit Breaker's valley for themselves. The feudal tension has already claimed red-blood Breaker's leg and his older brother. Now all this 18-year old wants is to maintain the tenuous peace in order to keep his little 'stroid of a brother alive. Malani, a red-blood raised blue, is a kidnapped POW and only wants to return to her adoptive home with her dangerous blue secrets. Luka, a red-blood stewing for trouble, wants to right wrongs done to his family and bathe his home in justice. All three intersect when Breaker discovers a wrecked starship and is given seven days by the green-bloods to fix and hand it over as a weapon. Breaker must decide if aiding his enemies is worth the home he knows and his family's life. War is coming. And war respects no boundaries. And war leaves no survivors.
Kindle Price: $0.00
Click here to download this book. 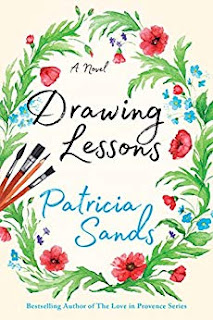 Drawing Lessons
Sixty-two-year-old Arianna arrives in the South of France for a two-week artists’ workshop full of anticipation but burdened by guilt. Back home in Toronto, she has been living with the devastating diagnosis of her husband’s dementia and the heartbreak of watching the man she has loved for decades slip away before her eyes. What does her future hold without Ben? Before her is a blank canvas. Encouraged by her family to take some time for herself, she has traveled to Arles to set up her easel in the same fields of poppies and sunflowers that inspired Van Gogh. Gradually, she rediscovers the inner artist she abandoned long ago. Drawing strength from the warm companionship and gentle wisdom of her fellow artists at the retreat—as well as the vitality of guest lecturer Jacques de Villeneuve, an artist and a cowboy—Arianna searches her heart for permission to embrace the life in front of her and, like the sunflowers, once again face the light.
Kindle Price: $1.99
Click here to download this book.
Posted by Joisel at 5:42 AM