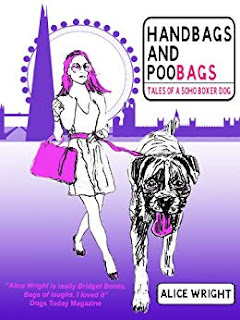 Handbags and Poobags
What happens when you drop a big, bouncing Boxer dog into the life of a glamorous girl about town? Alice Wright reveals all in her dog-memoir with a difference...Alice's busy life consists of 'parties, premieres and private members clubs' and she loves it! She certainly doesn't want the responsiblity of a partner or a pooch but seems to end up with more than she bargained for in this very funny but incredibly personal memoir about modern dog ownership.
Kindle Price: $0.00
Click here to download this book. 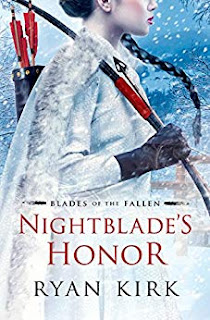 Nightblade's Honor
With the realm on the brink of war, the once-celebrated blades have become an easy target for the rage of its devastated citizens. The nightblade warrior Asa’s lifelong quest for vengeance is over, but now she finds herself on the run from the people she sought to protect. As Asa forges a new course of action in an uncertain world, her path crosses with that of a young noblewoman. Mari knows that great opportunity lies in the heart of chaos. If the Kingdom is to rise again, Mari will need support, and she can think of no group better than the nightblades. But the nightblades have been betrayed before, and gaining their trust will not be easy. Mari wants to save the Kingdom. Asa wants to save the people. Both are willing to risk everything. But do their quests make them allies… or enemies?
Kindle Price: $2.99
Click here to download this book.
Posted by Joisel at 4:09 AM