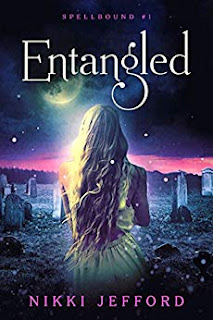 Entangled
Hiding her powers was never a problem for seventeen-year-old Graylee Perez. Not until her diabolical twin sister decided to go on a rampage that could expose them all or get someone hurt. To add to the aggravation, coven reject Raj McKenna catches Gray performing a complex spell and is convinced they would make a powerful couple. He can delude himself all he wants. Gray has sworn off dating warlocks, especially delinquents who play with fire. But even Gray’s mysterious death won’t deter Raj, not after Gray is brought back from the great beyond. Only she’s not truly back. Her body’s still six feet under and she’s on borrowed time. There are forces threatening Gray’s existence and a powerful wizard willing to help . . . for a price. Gray doesn’t know who to trust or how long she has left before she vanishes for good, but she’s determined to stick around no matter what the cost.
Kindle Price: $0.00
Click here to download this book. 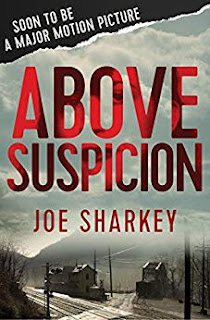 Above Suspicion
A harrowing account of crime and conscience that exposes the dark side of the nation's top law-enforcement agency and the complex workings of the human heart. When rookie FBI agent Mark Putnam's illicit involvement with an informant turns into a fatal attraction, he kills in a fit of passion, unwittingly committing the "perfect" crime.
Kindle Price: $1.13
Click here to download this book.
Posted by Joisel at 4:46 AM