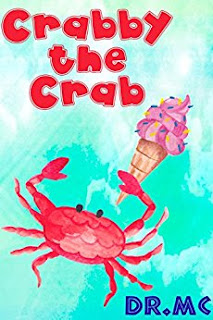 Crabby the Crab
This book is right here to help you show them joys of playing together! Adventures of Crabby the Crab and his little sisters will deliver an important moral and message to both older and younger children while providing entertainment for the whole family. You will also enjoy lovely, bright and soft illustrations.
Kindle Price: $0.00
Click here to download this book. 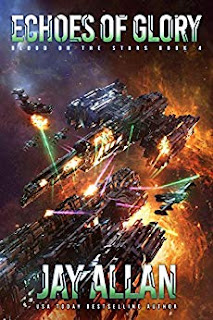 Echoes of Glory
The Confederation and the Union have fought each other to a standstill. Battered, exhausted fleets eye each other warily across a border that has been a battlefield for three bloody years. Neither side has the strength to attack, and both wait for reinforcements that will allow them to resume the fight.  On the worlds of the Iron Belt, the heavily industrialized sector near the Confederation’s Core, massive shipyards operate around the clock, producing the great vessels that can end the war. The Union knows it cannot win the economic struggle with its wealthier, more productive enemy, and Sector Nine, its feared spy agency, is not idle. Their focus is not on the front lines, the ravaged border between the two nations, but far off, beyond the Rim, in the strange, militaristic realm know as the Alliance. Sector Nine’s intrigues are targeted at nothing less than instigating a coup, and bringing to power a regime that favors war against the Confederation, a change in government that will bring the fresh fleets of the Alliance into the war, striking at the Confederation’s unguarded flank. Once again, Captain Tyler Barron and his battleship Dauntless must go back to the Rim, and on to the Alliance itself to somehow thwart the Union’s plan…and prevent a two-front war the Confederation cannot win.
Kindle Price: $1.99
Click here to download this book.
Posted by Joisel at 1:31 PM