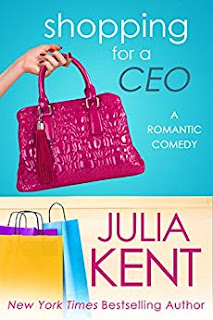 Shopping for a CEO
"I’m thrilled to be the maid of honor in my friend’s wedding, but the best man, Andrew McCormick, is a chauvinistic pig with a God complex. And I can’t stop kissing him in closets. (Don’t ask.) He’s the brother of the groom and the CEO of my biggest mystery shopping account, but suddenly he’s refusing to be in the wedding. He won’t talk about it. Won’t see reason. He’s such a man. And he still won’t stop kissing me in random closets. (Thank goodness.) I’m a fixer. That’s what I do. I can fix anything if given the chance. But when the game is fixed there’s only so much I can do. The ball’s in his court now. Game on."
Kindle Price: $0.00
Click here to download this book. 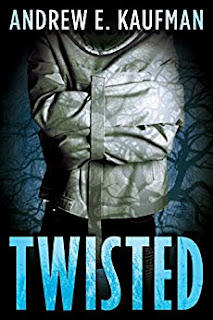 Twisted
The psychologist with a troubled past…
Dr. Christopher Kellan spends his days at Loveland Psychiatric Hospital, overseeing a unit known as Alpha Twelve, home to the most deranged and psychotic killers imaginable. His newest patient, Donny Ray Smith, is accused of murdering ten young girls and making their bodies disappear. But during his first encounter with Donny, Christopher finds something else unsettling: the man looks familiar.
The killer with a secret…
Donny Ray knows things about Christopher—things he couldn’t have possibly learned at Loveland. As the psychologist delves deeper into the mysterious patient’s case, Christopher’s life whirls out of control. The contours of his mind are rapidly losing shape, and his grasp on reality is slipping even faster. Is he going mad, or is that what Donny Ray wants him to think?
The terror that binds them…
In this taut psychological thriller from Andrew E. Kaufman, bestselling author of The Lion, the Lamb, the Hunted, a tormented man must face his fear and enter the mind of a killer to find the truth…even if it costs him his sanity.
Kindle Price: $1.99
Click here to download this book.