The Strongest Bond
When Jim Anderson, the nation's most prolific high school soccer player, decides to turn down multiple full-ride scholarships to play for a smaller university close to home, the soccer world is stunned. On the field, Jim is a warrior. He is attractive, strong, and athletic but particularly awkward in social situations. In truth, he makes it all the way through high school never finding a steady girlfriend. Jim's presence at the university quickly brings hope to the struggling soccer program and puts them on the path of a championship season. What he does not anticipate is meeting Sydney, a beautiful and slightly rebellious freshman. Their relationship is awkward at first, but quickly blossoms until the couple is inseparable. With the hope of an NCAA tournament appearance in sight, tragedy disastrously strikes. The pain becomes more than Jim can bear and his life begins to spiral out of control. He is forced to reexamine everything he once believed to be true. Will an unlikely miracle save Jim from self-destruction and restore the trust of his first love?
Kindle Price: $0.00
Click here to download this book. 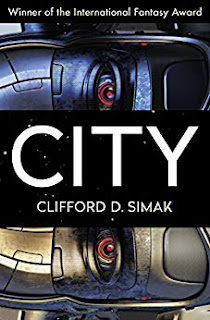 City
Thousands of years have passed since humankind abandoned the city—first for the countryside, then for the stars, and ultimately for oblivion—leaving their most loyal animal companions alone on Earth. Granted the power of speech centuries earlier by the revered Bruce Webster, the intelligent, pacifist dogs are the last keepers of human history, raising their pups with bedtime stories, passed down through generations, of the lost “websters” who gave them so much but will never return. With the aid of Jenkins, an ageless service robot, the dogs live in a world of harmony and peace. But they now face serious threats from their own and other dimensions, perhaps the most dangerous of all being the reawakened remnants of a warlike race called “Man.” In the Golden Age of Isaac Asimov and Robert A. Heinlein, Clifford D. Simak’s writing blazed as brightly as anyone’s in the science fiction firmament. Winner of the International Fantasy Award, City is a magnificent literary metropolis filled with an astonishing array of interlinked stories and structures—at once dystopian, transcendent, compassionate, and visionary.
Kindle Price: $1.20
Click here to download this book.
Posted by Joisel at 2:12 AM