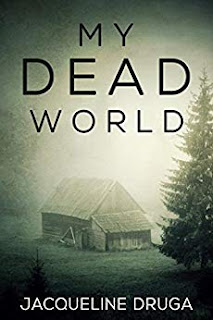 My Dead World
Since childhood, Nila Carter is made to spend every weekend at the family cabin. In her teenage years she believes it to be a prison, as an adult it becomes her sanctuary and means to survive. When a mysterious outbreak occurs in India, Nila’s brother, Bobby, a virologist with the CDC, places the family on a precautionary alert to be ready to bug out. Unlike anything he’s ever seen, the rabies like virus is not just deadly, it causes extreme violent behavior in those infected. Following her brother’s advice, Nila begins to stockpile. After months of preparing, just as it seems the virus is over, everything implodes and Bobby informs his family to leave the city. With her family, Nila heads to the mountains and to her father’s isolated land. There she is eventually joined by friends and strangers, all hoping to safely stay clear of the virus that grips the world. The plan is to wait until the virus burns out. While there, the group forms a tight bond, feeling secure that they will beat the extinction event and in due course return home. As time moves on, Nila quickly learns there are things they can not run from and a virus is one of them. Despite how prepared they are, how secure the land, each day brings a new threat and a painful reality that not only is returning home a pipe dream, the likelihood of all of them surviving, increasingly grows slim.
Kindle Price: $0.00
Click here to download this book. 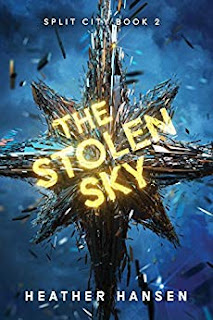 The Stolen Sky
Arden and Dade are running for their lives from a city on fire; they’re wounded, desperate, and shadowed by two families who want them dead. But it’s Dade’s debt to a devious crime lord that plunges them further into danger—especially with their mining planet in chaos…The ruling Solizen have grown more calculating, while the Undercity population remains trapped in the darkness below. With the supply of life-saving VitD wiped out, the rebellion is ready to erupt at any moment. Now, Arden and Dade reluctantly join a new team on a hazardous operation to infiltrate the Solizen’s most protected facility. Caught up in the uncertainty of shifting allegiances and suspicious allies, their relationship will be put to the test. But to carry out their dangerous mission, the teens must rely on their love more than ever—will it be enough to keep them alive?
Kindle Price: $1.99
Click here to download this book.
Posted by Joisel at 4:58 AM