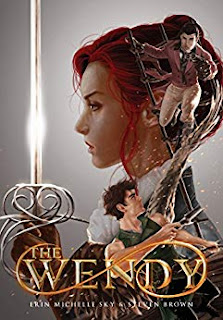 The Wendy
London. 1783. Wendy Darling is an orphan, living in an overcrowded almshouse, ridiculed for believing in a future she can never have. More than anything in the world, she wants to be the captain of a ship. But that’s impossible.  Isn’t it? By 1789, she’s sixteen, old enough to be sold into service as a dressmaker or a servant. When she learns the Home Office is accepting a handful of women into its ranks, she jumps at the chance, joining the fight against the most formidable threat England has ever faced. Magic. But the secret service isn’t exactly what she had hoped. Accompanied by a reimagined cast of the original Peter Pan, Wendy soon discovers that her dreams are as far away as ever, that choosing sides isn’t as simple as she thought, and that the only man who isn’t blinded by her gender... might be her nation’s greatest enemy.
Kindle Price: $0.00
Click here to download this book. 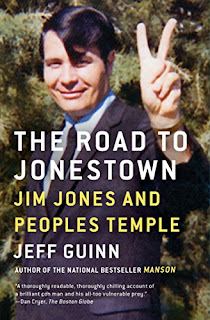 The Road to Jonestown
In the 1950s, a young Indianapolis minister named Jim Jones preached a curious blend of the gospel and Marxism. His congregation was racially integrated, and he was a much-lauded leader in the contemporary civil rights movement. Eventually, Jones moved his church, Peoples Temple, to northern California. He became involved in electoral politics, and soon was a prominent Bay Area leader. In this riveting narrative, Jeff Guinn examines Jones’s life, from his extramarital affairs, drug use, and fraudulent faith healing to the fraught decision to move almost a thousand of his followers to a settlement in the jungles of Guyana in South America. Guinn provides stunning new details of the events leading to the fatal day in November, 1978 when more than nine hundred people died—including almost three hundred infants and children—after being ordered to swallow a cyanide-laced drink. Guinn examined thousands of pages of FBI files on the case, including material released during the course of his research. He traveled to Jones’s Indiana hometown, where he spoke to people never previously interviewed, and uncovered fresh information from Jonestown survivors. He even visited the Jonestown site with the same pilot who flew there the day that Congressman Leo Ryan was murdered on Jones’s orders. The Road to Jonestown is the definitive book about Jim Jones and the events that led to the tragedy at Jonestown.
Kindle Price: $2.99
Click here to download this book.
Posted by Joisel at 5:10 AM