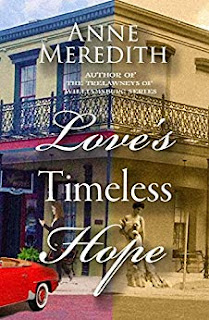 Love's Timeless Hope
Vowing that her next book will be her last--since she no longer believes in a "happy-ever-after" tale--romance novelist Rebecca Reynolds makes a research trip to a small Texas town, where she uncovers secrets about the town and those who ran it. When Rebecca is mysteriously transported back to 1876, she encounters a handsome stranger--and is given a chance to rewrite history.
Kindle Price: $0.00
Click here to download this book. 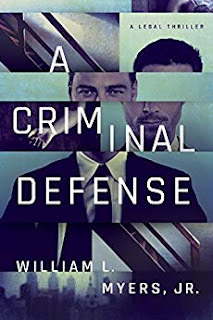 A Criminal Defense
When a young reporter is found dead and a prominent Philadelphia businessman is accused of her murder, Mick McFarland finds himself involved in the case of his life. The defendant, David Hanson, was Mick’s close friend in law school, and the victim, a TV news reporter, had reached out to Mick for legal help only hours before her death. Mick’s played both sides of Philadelphia’s courtrooms. As a top-shelf defense attorney and former prosecutor, he knows all the tricks of the trade. And he’ll need every one of them to win. But as the trial progresses, he’s disturbed by developments that confirm his deepest fears. This trial, one that already hits too close to home, may jeopardize his firm, his family—everything. Now Mick’s only way out is to mastermind the most brilliant defense he’s ever spun, one that will cross every legal and moral boundary.
Kindle Price: $1.99
Click here to download this book.
Posted by Joisel at 5:23 AM