A Path Revealed
This is the story about a young family's sudden shift from a comfortable, middle-class American life into an alien world shaped and defined by Alzheimer's disease. Just days after turning 50, Martha Maddux was hit with this diagnosis. The news devastated her and husband Carlen. But this is not a story about hopelessness. Rather, this story traces a path that emerged during their family's darkest hours, a path they did not foresee. Encouraged by a friend and Presbyterian minister, just after the diagnosis, Martha and Carlen drove from their home in Florida to visit a Catholic nun in Kentucky. This path first appeared among the hills and back roads there.
Kindle Price: $0.00
Click here to download this book. 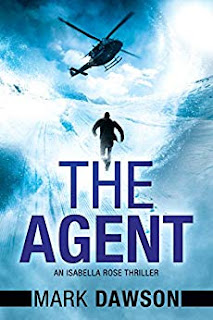 The Agent
Isabella Rose is on the run, hunted by the very people she had been hired to work for. Trained killer Isabella and former handler Michael Pope are forced into hiding in India and, when a mysterious informer passes them clues on the whereabouts of Pope’s family, the prey see an opportunity to become the predators. Chased from the poverty of Mumbai’s slums into the sights of a sniper’s rifle amongst the lavish wealth of Shanghai, Isabella and Pope hunt fleeting shadows in a race against time. And they can’t afford to lose.
Kindle Price: $1.99
Click here to download this book.
Posted by Joisel at 1:24 AM