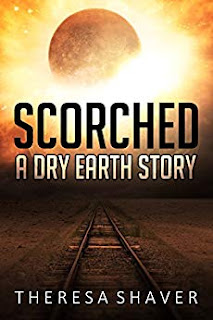 Scorched
Claudia has never seen rain or any water that hasn’t come from the old well behind her house. Now the well’s about played out and today they closed down the ration stations, for good. The gangs are circling to rob and loot the little they have. Her only choices are go north to the slave labour camps or stay and die by the gangs. Her grandmother wants them to run south and follow an old map that will lead them to a secret valley with all the water they will ever need. She swears it’s there but how can she drag her nine year old sister and an eighty-year old woman out into the desert wasteland that surrounds them based on an old map?
Kindle Price: $0.00
Click here to download this book. 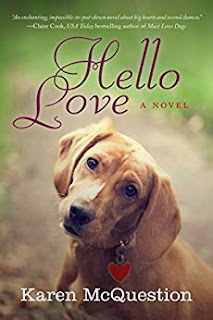 Hello Love
A year after the death of his wife, Christine, Dan is barely holding on. But one thing gets him through the long, lonely nights and that is his cherished dog, Anni. When she is stolen from his front yard, Dan and his daughter, Lindsay, are devastated. Meanwhile in another part of town, Andrea Keller is recovering from the heartbreak of a messy divorce. After she rescues a defenseless dog from an abusive tenant, her life changes in ways she never could have anticipated. Dan and Andrea cross paths again and again, only to keep missing each other and the opportunity of a lifetime. As Anni works to find her way home, can she bring together these two lost souls desperately in need of a second chance at happiness?
Kindle Price: $1.99
Click here to download this book.
Posted by Joisel at 5:02 AM