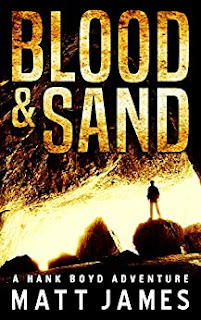 Blood and Sand
A fierce sandstorm hits southern Algeria and uncovers a lost ruin, its location unknown to modern man...until now. A team led by slacker archaeologist, Harrison "Hank" Boyd, is called in to investigate the find. In way over his head, Hank must lead his team through countless dangers and survive brutal encounters with enemies both human and inhuman alike. And if that's not bad enough, a shadowy group with a thirst for violence and a blind ambition is hot on their heels and will stop at nothing to obtain what has been found. Hank and company should have heeded the warning left by the ancient civilization who built this place. Expertly carved into the face of the golden relief found at the ruin entrance and written in perfect Latin is 'liberate te ex inferis'...save yourself from hell.
Kindle Price: $0.00
Click here to download this book. 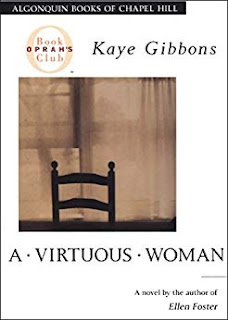 A Virtuous Woman
When Blinking Jack Stokes met Ruby Pitt Woodrow, she was twenty and he was forty. She was the carefully raised daughter of Carolina gentry and he was a skinny tenant farmer who had never owned anything in his life. She was newly widowed after a disastrous marriage to a brutal drifter. He had never asked a woman to do more than help him hitch a mule. They didn't fall in love so much as they simply found each other and held on for dear life.
Kindle Price: $1.20
Click here to download this book.
Posted by Joisel at 4:42 AM