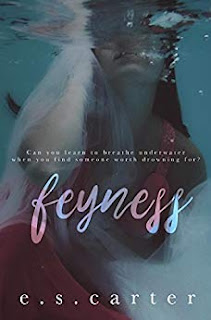 Feyness
"I don't see dead people. I see you. I see every incarnation of you.
I see the history of your soul.I can see your aura soaked in the blood of your previous lives. Most people are inherently good or evil. Some flit between darkness and light.
Few can change the fabric of their essence; it's a fight that most are too weak to win.
He was once darkness.  An evil so pure that his very soul is black and yet I am drawn to him like a moth to a flame. Some days, I feel like I am drowning, the waves of my feelings stealing the very air from my lungs. Other days, I feel nothing at all. I'm unsure which is worse; gasping for air or dying from this thirst. Can you learn to breathe underwater when you find someone worth drowning for? "
Kindle Price: $0.00
Click here to download this book. 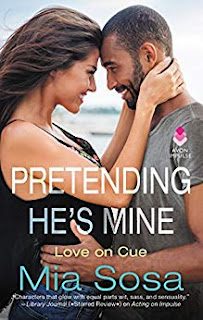 Pretending He's Mine
For Hollywood agent Julian Hart, representing his best friend—megastar Carter Williamson—means it’s nearly impossible to keep his personal life and career separate. To make matters worse, Carter’s younger sister has been starring in Julian’s wildest fantasies more often than he’d care to admit. He knows she’s off-limits, but when Ashley shows up on his doorstep, needing a place to crash… suddenly his greatest temptation is sleeping down the hall. Free-spirited Ashley Williamson doesn’t do commitment. Jobs, apartments, men… why let herself be tied down? But she’s had a crush on her older brother’s best friend for years and she’s committed to making Julian want her, one towel-clad midnight encounter at a time. But just as things start heating up, their steamy flirtation is interrupted by Carter’s east coast wedding. Ashley has no desire to go home and face her reputation as the family disappointment. But living with—dare she say dating?—a successful, sexy film agent could give them something else to talk about. Julian can’t believe he agreed to fake a relationship with the one woman he can never have. And it’s going to take more than a little willpower to remember it's all pretend. Or is it?
Kindle Price: $0.99
Click here to download this book.
Posted by Joisel at 12:40 AM