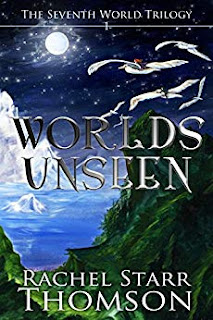 Worlds Unseen
The Council for Exploration Into Worlds Unseen believed there was more to reality than the Empire had taught them—but when they came a little too close to the truth, tragedy ended their work, leaving the terrifying and beautiful world behind their own still hidden. Forty years later, one of the last Council members entrusts an ancient relic to the orphaned young woman Maggie Sheffield: a scroll that reveals the truth at last. Along with Nicolas Fisher, a Gypsy who hears things no one else can, Maggie sets out on a journey across the Seventh World to deliver the scroll to those who can use it. But the price of truth may be too high: for Maggie and Nicolas are tearing at the Veil between the seen and the unseen, between good and evil, between forgotten past and treacherous future.  Monstrous forces are already on their trail. And when the Veil grows thin enough, it’s anyone’s guess what may come through.
Kindle Price: $0.00
Click here to download this book. 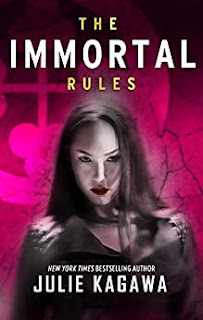 The Immortal Rules
Allison Sekemoto survives in the Fringe, the outermost circle of a walled-in city. By day, she and her crew scavenge for food. By night, any one of them could be eaten. Some days, all that drives Allie is her hatred of them—the vampires who keep humans as blood cattle. Until the night Allie herself dies and becomes one of the monsters. Forced to flee her city, Allie must pass for human as she joins a ragged group of pilgrims seeking a legend—a place that might have a cure for the disease that killed off most of civilization and created the rabids, the bloodthirsty creatures who threaten human and vampire alike. And soon Allie will have to decide what and who is worth dying for… again. Enter Julie Kagawa's dark and twisted world as an unforgettable journey begins.
Kindle Price: $1.99
Click here to download this book.
Posted by Joisel at 2:18 AM