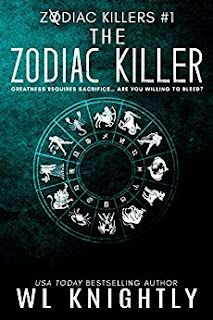 The Zodiac Killer
Detective Darek Blake thought the secrets of his past were long buried, but when a young girl is murdered in a familiar way, finding the killer will not only bring back memories he’s repressed, but give him a golden opportunity to impress the FBI. So, when his partner, Special Agent Lizzy McNamara digs up evidence that’s a little too close to home, he’s shaken to the core. The worst sin he’s ever committed bubbles up, threatening to destroy his future. Are the Zodiac killings a coincidence or is someone toying with him, and if so… who?
Kindle Price: $0.00
Click here to download this book. 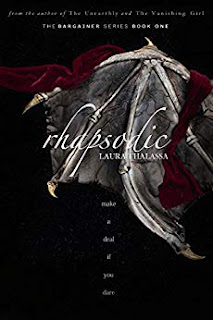 Rhapsodic
Callypso Lillis is a siren with a very big problem, one that stretches up her arm and far into her past. For the last seven years she’s been collecting a bracelet of black beads up her wrist, magical IOUs for favors she’s received. Only death or repayment will fulfill the obligations. Only then will the beads disappear. Everyone knows that if you need a favor, you go to the Bargainer to make it happen. He’s a man who can get you anything you want... at a price. And everyone knows that sooner or later he always collects. But for one of his clients, he’s never asked for repayment. Not until now. When Callie finds the fae king of the night in her room, a grin on his lips and a twinkle in his eye, she knows things are about to change. At first it’s just a chaste kiss—a single bead’s worth—and a promise for more. For the Bargainer, it’s more than just a matter of rekindling an old romance. Something is happening in the Otherworld. Fae warriors are going missing one by one. Only the women are returned, each in a glass casket, a child clutched to their breast. And then there are the whispers among the slaves, whispers of an evil that’s been awoken. If the Bargainer has any hope to save his people, he’ll need the help of the siren he spurned long ago. Only, his foe has a taste for exotic creatures, and Callie just happens to be one.
Kindle Price: $1.49
Click here to download this book.
Posted by Joisel at 5:45 AM