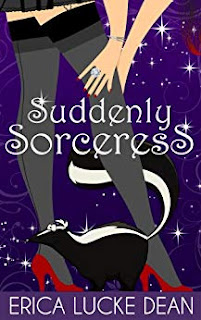 Suddenly Sorceress
Ivie McKie isn’t your run-of-the-mill kindergarten teacher. After an encounter with a horny goat, followed by a confrontation with her lying, cheating fiancé, Ivie is shocked when the big jerk suddenly transforms into a skunk—the black and white furry variety. Enlisting the help of her shopaholic friend Chloe and sexy club magician Jackson Blake, Ivie is forced to play a literal game of cat and mouse as she races against the clock to change her ex back before she's arrested for his murder. With every new spell comes a fresh wave of sexual desire, drawing Jack further into Ivie’s troubles—her panties, the car, the kitchen, and assorted seedy bathrooms along the way. Ivie soon discovers what every witch worth her spell book knows: There’s nothing worse than a bad case of Post Magical Syndrome.
Kindle Price: $0.00
Click here to download this book. 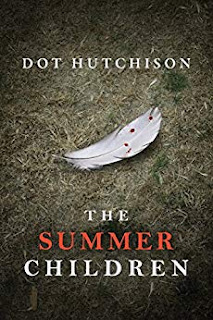 The Summer Children
When Agent Mercedes Ramirez finds an abused young boy on her porch, covered in blood and clutching a teddy bear, she has no idea that this is just the beginning. He tells her a chilling tale: an angel killed his parents and then brought him here so Mercedes could keep him safe. His parents weren’t just murdered. It was a slaughter—a rage kill like no one on the Crimes Against Children team had seen before. But they’re going to see it again. An avenging angel is meting out savage justice, and she’s far from through. One by one, more children arrive at Mercedes’s door with the same horror story. Each one a traumatized survivor of an abusive home. Each one chafing at Mercedes’s own scars from the past. And each one taking its toll on her life and career. Now, as the investigation draws her deeper into the dark, Mercedes is beginning to fear that if this case doesn’t destroy her, her memories might.
Kindle Price: $2.99
Click here to download this book.
Posted by Joisel at 4:55 AM