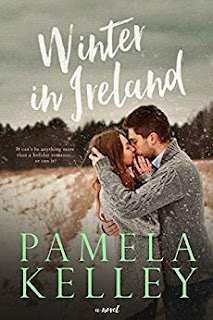 Winter In Ireland
Romance writer Jennifer Graham heads to Dublin for a two month research trip, and to heal from a recent breakup. The last thing she is looking for is romance, especially with another workaholic...and then she meets Ian Shephard. He's the son of her best friend's Irish Aunt, the one she is staying with while she's in Ireland. He's staying there too, temporarily while his condo is being renovated. Their attraction is immediate and unexpected. But dating Ian would be a very bad idea, for three very good reasons. He's not looking for a relationship, he is a workaholic and he lives in another country.... So, they'll just be friends.....that's the plan anyway.
Kindle Price: $0.00
Click here to download this book. 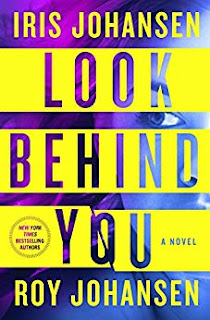 Look Behind You
A serial killer is on the loose in San Diego, and he has a most unusual M.O.: With each kill, he leaves behind objects with unclear meanings. Most of the recent killings are centered near Kendra Michaels’ home and office, so it comes as no great surprise when the FBI shows up at her door. The investigators soon make a startling discovery: the left-behind objects are actually souvenirs of other unsolved serial murder cases in various U.S. cities. And the new cases feature “holdback” characteristics of the other murders unknown to the general public. Kendra realizes that the killer has come to challenge and taunt her. The investigators become his newest targets, even as Kendra slowly begins to suspect that one of them may be the killer himself. She must find the killer as the body count rises, and to do so she relies on her own ”dream team” of agent-for-hire Adam Lynch and private investigator Jessie Mercado. They must risk everything to defeat a psychopath whose terrifying plan is years in the making.
Kindle Price: $2.99
Click here to download this book.
Posted by Joisel at 4:31 AM