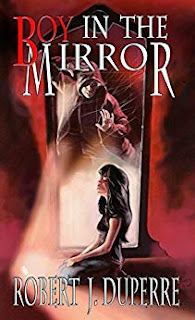 Boy in the Mirror
Fifteen-year-old Jacqueline Talbot’s boyfriend Mal lives in the mirror of her makeup case. There’s never been anything normal about Jacqueline; not during her time in foster care, and certainly not in her new hometown of Mercy Hills. With rumors of actual monsters in the woods, the popular kids taking an unhealthy interest in her, and the revealing of her own dark past, all Jacqueline wants to do is run away forever with Mal. Too bad he’s trapped in the mirror. But when she learns the ancient forces of the town want to destroy everything she loves, the race is on to free the boy in the mirror, because he just might be the only one who knows how to stop them.
Kindle Price: $0.00
Click here to download this book. 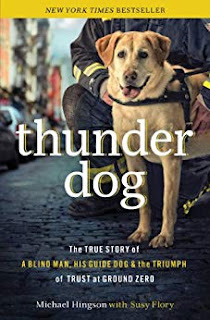 Thunder Dog
First came the boom the loud, deep, unapologetic bellow that seemed to erupt from the very core of the earth. Eerily, the majestic high-rise slowly leaned to the south. On the seventy-eighth floor of the World Trade Center's north tower, no alarms sounded, and no one had information about what had happened at 8:46 a.m. on September 11, 2001. What should have been a normal workday for thousands of people. All that was known to the people inside was what they could see out the windows: smoke and fire and millions of pieces of burning paper and other debris falling through the air. Blind since birth, Michael couldn't see a thing, but he could hear the sounds of shattering glass, falling debris, and terrified people flooding around him and his guide dog, Roselle. However, Roselle sat calmly beside him. In that moment, Michael chose to trust Roselle's judgment and not to panic. They are a team.
Kindle Price: $0.99
Click here to download this book.
Posted by Joisel at 4:30 AM