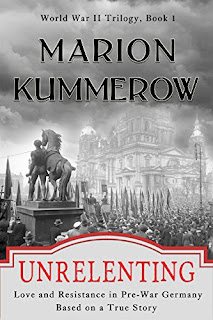 Unrelenting
Berlin, Germany 1932. In a time of political unrest and strife, one man finds the courage to fight back...Dr. Wilhelm "Q" Quedlin, chemical engineer and inventor, lives for his science. A woman is not in his plans-nor is it to be accused of industrial espionage. But things get worse from there. Watching Hitler's rise to power spurns his desire to avoid yet another war that will completely destroy his beloved country. Q makes the conscious decision to fight against what he knows is wrong, even if working against the Nazis could mean certain death for him- and anyone he loves. Hilde Dremmer has vowed to never love again. But after encountering Q, she wants to give love a second chance. When Q discloses his resistance plan, it's up to Hilde to choose between her protected life without him or the constant threat of torture if she supports him in his fight against injustice. She has witnessed enough of the Nazi government's violent acts to be appalled by the new political power, but will this be enough for an ordinary girl to do the extraordinary and stand beside the man she loves in a time of total desolation?
Kindle Price: $0.00
Click here to download this book. 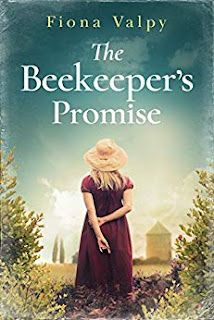 The Beekeeper's Promise
Heartbroken and hoping for a new start, Abi Howes takes a summer job in rural France at the Château Bellevue. The old château echoes with voices from the past, and soon Abi finds herself drawn to one remarkable woman’s story, a story that could change the course of her summer—and her life. In 1938, Eliane Martin tends beehives in the garden of the beautiful Château Bellevue. In its shadow she meets Mathieu Dubosq and falls in love for the first time, daring to hope that a happy future awaits. But France’s eastern border is darkening under the clouds of war, and history has other plans for Eliane…When she is separated from Mathieu in the chaos of German occupation, Eliane makes the dangerous decision to join the Resistance and fight for France’s liberty. But with no end to the war in sight, her loyalty to Mathieu is severely tested.
Kindle Price: $2.49
Click here to download this book.
Posted by Joisel at 12:00 AM