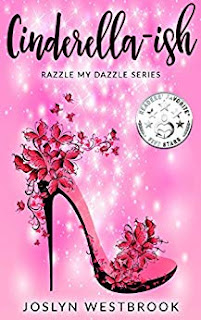 Cinderella-ish
aniella Belle wants nothing more to do with members of the opposite sex; instead, she'll focus on what matters most—becoming a lingerie designer. That's until she's offered an opportunity of a lifetime by an annoyingly arrogant man who believes he can charm the panties off of every woman he meets.  Antonio Michaels has never had to work hard at anything. Born with a silver spoon in his mouth, he's been served up a hefty life of entitlement. He's handsome, charmingly arrogant, and dates a different model every month. When he meets Daniella Belle, a bombshell who seems unfazed by his mere existence, he finds himself captivated by her looks, her unrelenting potty mouth, and the fact he can't stop thinking about her. ​ Will Antonio have to work hard to make Daniella believe he's the man destined to sweep her off of her feet? Or will Daniella's bad luck with men make her continue to doubt fairytale romances truly exist?
Kindle Price: $0.00
Click here to download this book. 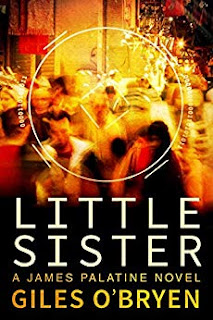 Little Sister
Little Sister has vanished. The prototype device—real name IPD400—has powers of surveillance that governments and terrorist organisations would kill for. They might yet. James Palatine, a trained killer with a surplus of conscience, invented the device and is the only person who can operate it. He’s determined to retrieve it, and so is Natalya Kocharian—the arms dealer who ‘inadvertently’ sold the prototype to a rogue dealer. But the current owner, holed up in the scorching void of the Western Sahara, won’t give in without a fight. Meanwhile MI6, fearing for their own reputation, will do anything to beat Palatine to the prize. As the hunt for Little Sister goes from Whitehall errand to deadly international arms race, global security hangs in the balance. Knowledge is power, after all—and no secret is safe from Little Sister. With only Natalya on his side, can Palatine simultaneously take on his enemies, his demons and the dangerous power of his own invention?
Kindle Price: $0.99
Click here to download this book.
Posted by Joisel at 12:00 AM