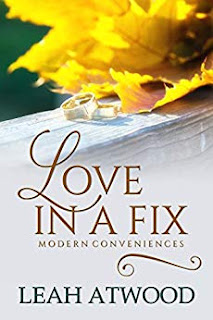 Love in a Fix
Despite Lyndsey Allen's best efforts to stay afloat, she faces foreclosure. With a young child to consider she needs a miracle and quick, but pride won't let her accept money from a longtime friend.  When Shep Patterson promised his best friend that he'd look after Lyndsey should anything happen to him, he never imagined that would include marriage, yet a proposal slips from his mouth.  Lyndsey accepts his proposal, shocking them both. Will their marriage of convenience hold just as many surprises?
Kindle Price: $0.00
Click here to download this book. 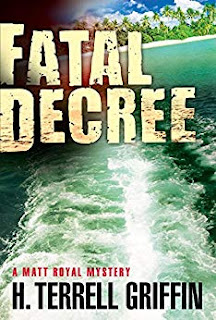 Fatal Decree
When a serial killer shows up on Longboat Key, Florida after a twelve year absence, Matt Royal is stymied. The first woman killed on Longboat Key has ties to a secretive government agency for which Matt's best friend Jock Algren works. Was this a coincidence or was she a targeted kill? Matt's friend, Longboat Key detective Jennifer Diane (J.D.) Duncan investigates the murders but also seems to be a target of the killer. Why? And where has the killer been for the past twelve years? And why has he come to Longboat Key when his earlier kills were all in Miami? The mystery deepens when Guatemalan gang-bangers try to kill Matt and J.D. and suspicions grow that Mexican drug cartels are somehow involved. The director of Jock's agency orders him to do whatever is necessary to find the killer because of the death of the woman with connections to the agency. Will Jock simply take out the murderer or allow J.D. and the law to arrest, try and convict the bad guys? Matt's life is further complicated by J.D.'s growing dissatisfaction with island living and her thoughts of returning to Miami.
Kindle Price: $0.99
Click here to download this book.
Posted by Joisel at 12:00 AM