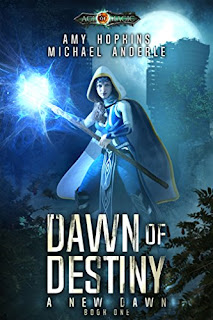 Dawn of Destiny
When the greatest horrors exist in the mind, how do you deal with a man who puts them there? Julianne is the strongest mystic of her generation. Her mental magic might even be getting stronger... it's hard to tell when her practice time is eaten up by paperwork and leading her people. That is, until a rogue mystic cult shows up, trying to drag Julianne into their plot for world domination. Crossing the dangerous Madlands and issuing a slap down to the bad guys is just the kind of trip she needs - some quiet solitude and the chance to kick some ass. If only her smartass companions had stayed at home...
Kindle Price: $0.00
Click here to download this book. 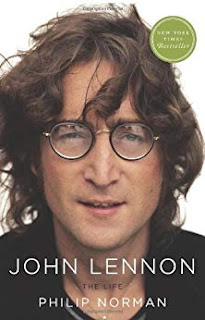 John Lennon: The Life
This masterly biography takes a fresh and penetrating look at every aspect of Lennon's much-chronicled life, including the songs that have turned him, posthumously, into a near-secular saint. In three years of research, Norman has turned up an extraordinary amount of new information about even the best-known episodes of Lennon folklore—his upbringing by his strict Aunt Mimi; his allegedly wasted school and student days; the evolution of his peerless creative partnership with Paul McCartney; his Beatle-busting love affair with a Japanese performance artist; his forays into painting and literature; his experiments with Transcendental Meditation, primal scream therapy, and drugs. The book's numerous key informants and interviewees include Sir Paul McCartney, Sir George Martin, Sean Lennon—whose moving reminiscence reveals his father as never seen before—and Yoko Ono, who speaks with sometimes shocking candor about the inner workings of her marriage to John.
Kindle Price: $1.99
Click here to download this book.
Posted by Joisel at 12:00 AM