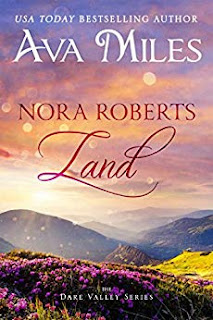 Nora Roberts Land
Journalist Meredith Hale’s ex-husband claimed her Nora Roberts addiction gave her unrealistic expectations about marriage, and she believed him. All dreams of happily ever after—or Nora Roberts Land as her mother calls it—went up in smoke. But when her family asks her to temporarily help their Dare Valley, Colorado newspaper, she decides it’s time to change her life and prove her ex wrong. She’s determined to find her own small-town Nora Roberts hero, prove that true love exists, and publish a story about her quest. War correspondent Tanner McBride has just returned stateside to work for a major newspaper, and the last thing he expects is blackmail. Yet, before he can even unpack, he’s headed to Colorado. His assignment? Make his boss’s ex-wife fall for him and then break her heart. Her article about discovering love à la Nora might air dirty laundry about her marriage to the media mogul, threatening his senate run. The mogul wants Meredith stopped, and he makes sure Tanner has no choice in the matter. When the two meet, the sparks between them are undeniable. Meredith, who vowed never to date another journalist, begins to succumb. Could Tanner be her Nora Roberts hero? As they work together to uncover the truth behind a suspicious death, the depth of their feelings unfolds and both realize they’ve kept their secrets for far too long. But before the truth can be revealed, their investigation takes a deadly turn, one that might make Meredith’s personal Nora Roberts Land go up in flames.
Kindle Price: $0.00
Click here to download this book. 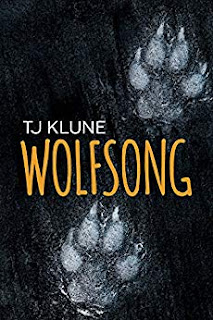 Wolfsong
Ox was twelve when his daddy taught him a very valuable lesson. He said that Ox wasn’t worth anything and people would never understand him. Then he left. Ox was sixteen when he met the boy on the road, the boy who talked and talked and talked. Ox found out later the boy hadn’t spoken in almost two years before that day, and that the boy belonged to a family who had moved into the house at the end of the lane. Ox was seventeen when he found out the boy’s secret, and it painted the world around him in colors of red and orange and violet, of Alpha and Beta and Omega. Ox was twenty-three when murder came to town and tore a hole in his head and heart. The boy chased after the monster with revenge in his bloodred eyes, leaving Ox behind to pick up the pieces. It’s been three years since that fateful day—and the boy is back. Except now he’s a man, and Ox can no longer ignore the song that howls between them.
Kindle Price: $1.99
Click here to download this book.
Posted by Joisel at 12:22 AM