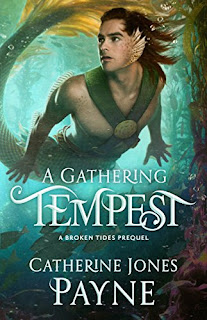 A Gathering Tempest
Fourteen-year-old Alexander has a secret. Several, in fact. He’s in love with Jade Cleopola. He covers up for his violent, drug-addicted father. And he often goes hungry. His friends at school wouldn’t understand—they’re high-class mer like Jade. But Alexander has bigger problems than the latest gossip and the parties his friends live for. When his father’s irresponsible choices leave Alexander facing a blade-wielding debt collector, Alexander discovers himself trapped in a tangled, ever-tightening net. He must find a way to survive in unfriendly currents. Even if it means losing her.
Kindle Price: $0.00
Click here to download this book. 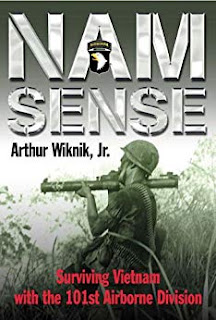 Nam Sense
Arthur Wiknik was a 19-year-old kid from New England when he was drafted into the U.S. Army in 1968. After completing various NCO training programs, he was promoted to sergeant "without ever setting foot in a combat zone" and sent to Vietnam in early 1969. Shortly after his arrival on the far side of the world, Wiknik was assigned to Camp Evans, a mixed-unit base camp near the northern village of Phong Dien, only thirty miles from Laos and North Vietnam. On his first jungle patrol, his squad killed a female Viet Cong who turned out to have been the local prostitute. It was the first dead person he had ever seen.  Wiknik's account of life and death in Vietnam includes everything from heavy combat to faking insanity to get some R & R. He was the first man in his unit to reach the top of Hamburger Hill during one of the last offensives launched by U.S. forces, and later discovered a weapons cache that prevented an attack on his advance fire support base. Between the sporadic episodes of combat he mingled with the locals, tricked unwitting U.S. suppliers into providing his platoon with a year of hard to get food, defied a superior and was punished with a dangerous mission, and struggled with himself and his fellow soldiers as the anti-war movement began to affect his ability to wage victorious war.
Kindle Price: $1.99
Click here to download this book.
Posted by Joisel at 4:18 AM