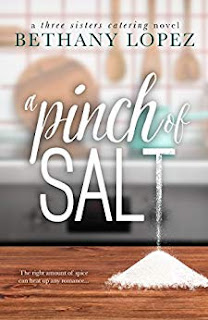 A Pinch of Salt
For the past year, talented chef Millie has been consumed with running her new catering business with her sisters, Dru and Tasha. It isn't until Jackson walks through their door that she realizes something may be missing in the recipe of her life.  For the past year, Jackson has been dealing with the fallout of his wife's abandonment. He's had to learn how to be a single father to their eight-year-old daughter, and will do anything to fill the void her mother left. It isn't until he commissions Millie for his daughter's birthday party that he realizes he's forgotten that he's not only a father, but a man.  They both think they're content in their lives, but sometimes the right amount of spice can turn an okay dish into a magnificent one. A Pinch of Salt may be all that's needed to bring Millie and Jackson the flavor they've been missing.
Kindle Price: $0.00
Click here to download this book. 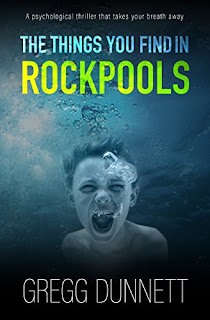 The Things you find in Rockpools
A teenage girl disappears from a beach town at the height of summer. Two months later a massive police search has got nowhere. And eleven-year-old Billy Wheatley steps in to solve the case. Billy’s something of a child prodigy - or at least he thinks he is. He lives on a desolate clifftop with just his distant father for company. Plus the animals that live in the rockpools around him. But he’s highly motivated, with his own reasons to want the police and coastguard off his beach. Using all of his particular ingenuity, Billy unravels the mystery. But what he discovers puts him in terrible danger. The person who took the girl is someone he knows, only too well. And when they learn that Billy is onto them, they’re going to need him dead…
Kindle Price: $1.49
Click here to download this book.