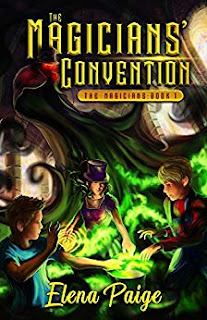 The Magicians' Convention
Twelve-year-old Toby would give anything to see his parents one last time. But since they died tragically ten years ago, he knows it’s an impossible wish. Raised by his grandfather, who’s a little too protective, Toby yearns for adventure. So when he wakes up one morning and realizes his grandfather is missing, he follows the clues that will lead to his rescue. Toby is soon engulfed in a secret world of magic and illusion. In this unfamiliar world, Toby is joined by two new friends: Wesa, a runaway mage, and Thatch, a security boy who’d give anything to practice magic. The three friends are instructed to find a magical hat before an evil magician gets his hands on it first. Failing will mean the deaths of those they love and create a dangerous divide in the world of magic.
Kindle Price: $0.00
Click here to download this book. 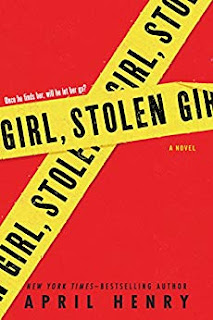 Girl, Stolen
Sixteen-year-old Cheyenne Wilder is sleeping in the back of the car while her stepmom fills a prescription for antibiotics. Before Cheyenne realizes what's happening, the car is being stolen. Griffin hadn't meant to kidnap Cheyenne and once he finds out that not only does she have pneumonia, but that she's blind, he really doesn't know what to do. When his dad finds out that Cheyenne's father is the president of a powerful corporation, everything changes--now there's a reason to keep her.  How will Cheyenne survive this nightmare?
Kindle Price: $2.99
Click here to download this book.
Posted by Joisel at 7:22 AM