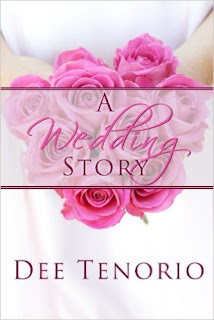 A Wedding Story
Ruth Anne Barbellis—unhappily nicknamed "Rhubarb" by her lifelong enemy, Bobby Wichowski—is in Wedding Hell. Why? Her sister is marrying Bobby's brother. She's trussed up in a bridesmaid dress that must have been designed originally as a Victorian Torture Chamber. To teach them a lesson, she and Bobby have been assigned to the Kiddie Table. And that's only the beginning...
Kindle Price: $0.00
Click here to download this book. 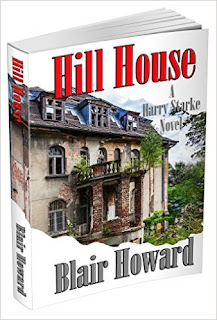 Hill House
For more than ten years, she lay beneath the floorboards of Hill House. For more than ten years, she waited. Who was she? Who put her there? Why? Harry Starke vows to find the answers to those questions, but to do so he must embark upon an investigation that will put him and those close to him in deadly danger, take him deep into the underground city, the Dark Web, murder, organized crime, prostitution, and human trafficking. One by one, he peels back the layers, and with each one, he sinks a little deeper into the morass, the seamy underbelly of a world few know of, and even fewer want to be a part of. Hill House has many doors. None of them lead anywhere but into darkness and despair.
Kindle Price: $0.99
Click here to download this book. 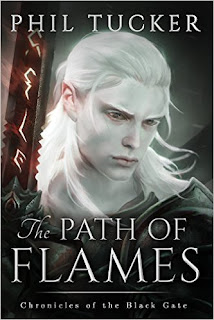 The Path of Flame
A war fueled by the dark powers of forbidden sorcery is about to engulf the Ascendant Empire. Agerastian heretics, armed with black fire and fueled by bitter hatred, seek to sever the ancient portals that unite the empire - and in so doing destroy it. Asho--a squire with a reviled past--sees his liege, the Lady Kyferin, and her meager forces banished to an infamous ruin. Beset by tragedy and betrayal, demons and an approaching army, the fate of the Kyferins hangs by the slenderest of threads. Asho realizes that their sole hope of survival may lie hidden within the depths of his scarred soul--a secret that could reverse their fortunes and reveal the truth behind the war that wracks their empire.
Kindle Price: $0.99
Click here to download this book. 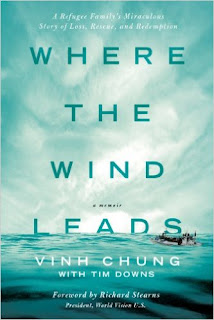 Where the Wind Leads: A Refugee Family's Miraculous Story of Loss, Rescue, and Redemption
Vinh Chung was born in South Vietnam, just eight months after it fell to the communists in 1975. His family was wealthy, controlling a rice-milling empire worth millions; but within months of the communist takeover, the Chungs lost everything and were reduced to abject poverty. This is Vinh's tribute to the courage and sacrifice of his parents, a testimony to his family's faith, and a reminder to people everywhere that the American dream, while still possible, carries with it a greater responsibility.
Kindle Price: $2.99
Click here to download this book. 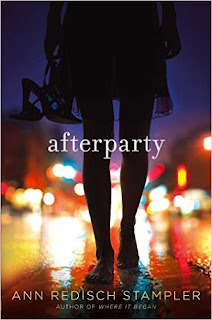 Afterparty
Emma is tired of being good. Always the dutiful daughter to an overprotective father, she is the antithesis of her mother -- whose name her dad won't even say out loud. That's why meeting Siobhan is the best thing that ever happened to her...and the most dangerous. Because Siobhan is fun and alluring and experienced and lives on the edge. In other words, she's everything Emma is not. And it may be more than Emma can handle.
Kindle Price: $1.99
Click here to download this book. 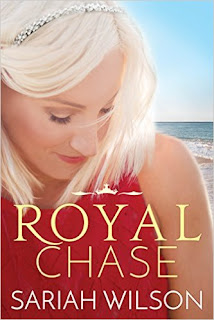 Royal Chase
Booking her client, Prince Dante of Monterra, on reality show Marry Me is a royal coup for PR agent Lemon Beauchamp. But thanks to a last-minute glitch, Lemon must pretend to be one of the contestants vying to win the playboy prince’s love and then live happily ever after—at least until the publicity tour ends.
Kindle Price: $2.00
Click here to download this book.
Posted by Joisel at 12:00 AM