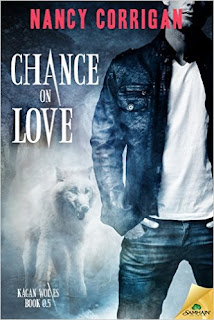 Chance on Love
Sometimes the only choice is to take a chance...and enjoy the consequences. Sean Reynolds is content wielding his dominant personality as the public face of Kagan Industries. Pack leadership--and all the responsibilities that go with it--doesn't interest him. But when alpha-in-waiting Nic Kagan skips town, there's no one to take on his aging father's spirit wolf. No one but Sean. Sean wants none of it, but with his wolf growling in eagerness to fill that void, he heads for the bar in an attempt to drink the beast into submission. He'd like to ignore the sultry blonde shifter burning up the dance floor with moves that make him painfully aware of the full moon. But when she abruptly disappears, his wolf sends him in hot pursuit. Following the scent of a female he can see in his bed not for a single night, but for a lifetime...
Kindle Price: $0.00
Click here to download this book. 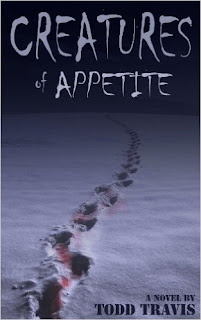 CREATURES OF APPETITE
They call it The Heartland Child Murders. Everyone else calls it a nightmare. Locked doors don't stop him. He leaves no trace behind. He only takes little girls. His nickname... The Iceman.  A deranged serial killer roams wintry rural Nebraska with a demented purpose no one can fathom. Special Agent EMMA KANE, a former DC cop and damaged goods now with the FBI, is assigned to babysit burnt-out profiler JACOB THORNE, once the best in the business but now said to have lost his edge, as they both fly to Nebraska to catch this maniac.
Kindle Price: $0.99
Click here to download this book. 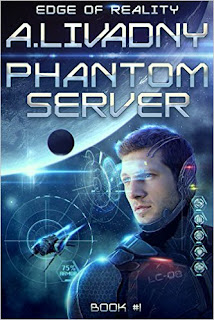 Edge of Reality
This is Phantom Server. The game of the future where your pursuit of an adrenaline rush soon turns into a battle for survival. But the most terrifying mystery lies ahead when you gradually start to realize: this is a road of no return. Your every decision may become your last. Your every step leads you further along the abyss between life and death.
Kindle Price: $0.99
Click here to download this book. 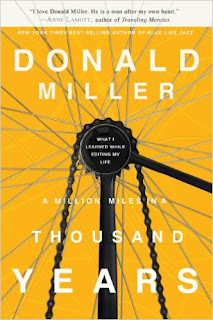 A Million Miles in a Thousand Years: What I Learned While Editing My Life
Full of beautiful, heart-wrenching, and hilarious stories, A Million Miles in a Thousand Years details one man's opportunity to edit his life as if he were a character in a movie. Years after writing his best-selling memoir, Donald Miller went into a funk and spent months sleeping in and avoiding his publisher. One story had ended, and Don was unsure how to start another. But he gets rescued by two movie producers who want to make a movie based on his memoir. When they start fictionalizing Don's life for film--changing a meandering memoir into a structured narrative--the real-life Don starts a journey to edit his actual life into a better story. A Million Miles in a Thousand Years details that journey and challenges readers to reconsider what they strive for in life. It shows how to get a second chance at life the first time around.
Kindle Price: $2.99
Click here to download this book. 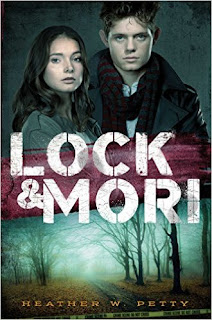 Lock and Mori
In modern-day London, two brilliant high school students—one Sherlock Holmes and a Miss James “Mori” Moriarty—meet. A murder will bring them together. The truth very well might drive them apart. Before they were mortal enemies, they were much more…
Kindle Price: $1.99
Click here to download this book. 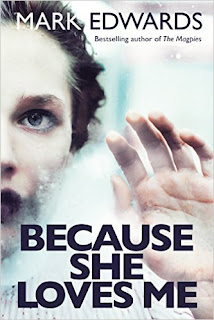 Because She Loves Me
When Andrew Sumner meets beautiful, edgy Charlie, he is certain his run of bad luck has finally come to an end. But as the two of them embark on an intense affair, Andrew wonders if his grasp on reality is slipping. Items go missing in his apartment. Somebody appears to be following him. And as misfortune and tragedy strike his friends and loved ones, Andrew is forced to confront the frightening truth.…Is Charlie really the girl of his dreams—or the woman of his nightmares?
Kindle Price: $1.99
Click here to download this book.