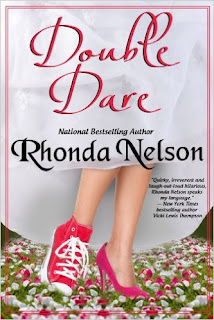 Double Dare
Runaway bride Louisa Honeycut is looking for a quick escape when she passes the Double Dare, Inc sign and the slogan "Are you ready for the time of your life?" seems like divine intervention. Sheltered by her overbearing father, Louisa has years of catching up to do and can think of no better person than gorgeous Sam Rawlins to show her. Is she ready for the time of her life? Hell, yes. Ordinarily unflappable adventure guide Sam Rawlins makes his living showing the wealthy how to have fun, but nothing in his experience could have prepared him for the "adventure" Louisa Honeycut asks for. He might be showing Louisa the time of her life, but the quirky little snack-cake heiress is soon turning Sam's own life upside down...and perversely, he likes the new vantage point.
Kindle Price: $0.00
Click here to download this book. 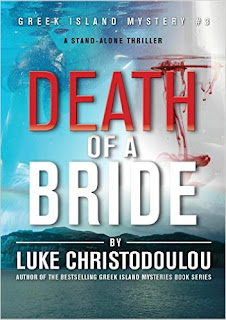 Death Of A Bride
Of all the plans a bride makes in anticipation for her wedding day, dying is definitely not one of them. The Zampetaki mansion, on the remote island of Gadvos, welcomes dozens of guests for the grand wedding of Cassandra Zampetaki and Homer Cara. It's a wedding that will never take place. The bride's lifeless body is found, brutally murdered, on the morning of the wedding. Planned to look like an open-and-shut case, the mastermind behind it all did not figure on Hellenic Police Captain Costa Papacosta and Lieutenant Ioli Cara to be among the guests. A storm rages outside and no one is able to leave the island. In a battle against time, the dynamic investigating duo must solve this intense case before the guilty party can depart from the island. Everyone is a suspect and no one is safe.
Kindle Price: $0.99
Click here to download this book. 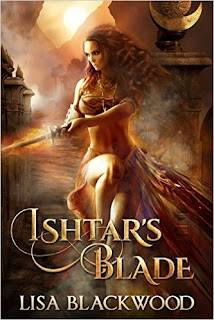 Ishtar's Blade
Warrior.
King’s confidant.
Avenging blade of the Goddess Ishtar.
Iltani asked to be none of these things. Yet fate does not ask permission when she weaves souls upon destiny’s loom.  On the day of Iltani’s birth, an assassin tried and nearly succeeded in ending the line of the gryphon kings. Out of that bloodshed, an unbreakable bond was forged between child-king and goddess-chosen infant, and from that pivotal moment forward, Iltani was never farther from King Ditanu than his shadow. Not until her training to become Ishtar’s Blade required her to leave.
Kindle Price: $0.99
Click here to download this book. 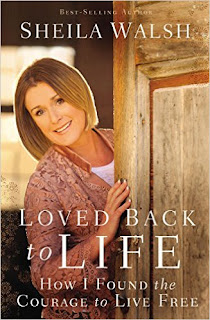 Loved Back to Life: How I Found the Courage to Live Free
Beautiful and talented, Sheila Walsh was at the pinnacle of her career, appearing daily on television as cohost of The 700 Club. One day she found herself walking away from it all and checking in to a psychiatric hospital, where she stayed for a month. From the outside everything seemed fine, but on the inside Sheila was in trouble. In her journal she wrote, Lord, please hold me. I m falling into a dark well. I feel as if I am disappearing a little more every day. I am so angry inside that I am afraid of myself. I feel so alone. How did this happen? What brought her to her knees?
Kindle Price: $1.99
Click here to download this book. 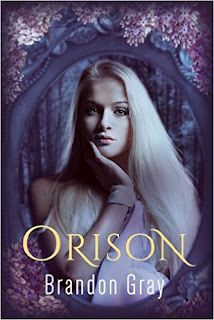 Orison
Shunned by the other dryads, Aurianna lives unloved and alone. When a beautiful human named Branson King crashes into a tree and kills her grandmother, the dryads force Aurianna to take an oath that she will find and kill Branson—or die herself. But instead of finding a hardened human heart, Aurianna discovers friendship, affection, and sparks of passion—along with a deadly secret. As her relationship with Branson grows, Aurianna is confronted with a harsh reality: in order to live, she must kill the only person that might ever love her.
Kindle Price: $1.99
Click here to download this book. 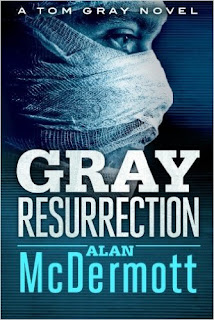 Gray Resurrection
A year after suffering horrific injuries, ex-soldier Sam Grant is trying to come to terms with his new life in the Philippines when tragedy strikes. The death of his girlfriend’s brother takes him to the southern islands where he becomes a target for local terrorists, and the one man he can turn to is the last person he should trust. Old friends are called in to help but the rescue mission soon becomes their own battle for survival.
Kindle Price: $2.00
Click here to download this book.
Posted by Joisel at 12:00 AM