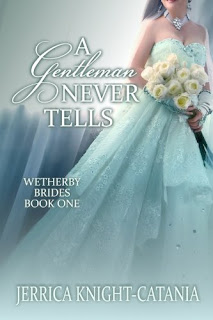 A Gentleman Never Tells
Benjamin Wetherby, Earl of Glastonbury and heir to the Marquisate of Eastleigh, has just received an urgent letter from home. His father is dying and he must return to England at once. Benjamin is a man bound by honor and duty, to both his country and his family. So, despite his reservations, he leaves his life in New York City behind so he may find a wife and assume his role as the Marquess of Eastleigh. Miss Phoebe Blake is finally out of mourning for her father, and just in time. She and her mother could be days away from being carted off to debtors prison, so Phoebe returns to society with the intent and determination to secure a rich husband. Sparks fly when Benjamin and Phoebe meet, and it appears they have both found just what they are looking for. But will a dark secret keep them from finding their happily ever after?
Kindle Price: $0.00
Click here to download this book. 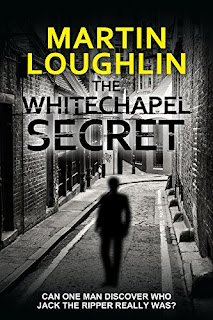 The Whitechapel Secret
When freelance writer Ian Groves sets off to lead one of his Jack the Ripper tours, the last thing he expects is to be dragged into a dangerous and secretive conspiracy. All his life, Ian has been desperate to unmask the Ripper’s true identity. So when an elderly lady in his tour party claims to have information that will solve the century old mystery, Ian is eager to listen. But within hours of their meeting, the woman turns up dead. Any possibility of an unfortunate coincidence is destroyed when Ian is stabbed by a knife-wielding madman and only just escapes with his life. But Ian is not someone who gives up easily and he sets about tracking down the old woman’s daughter, Lindsay. The clues Lindsay provides are flimsy and puzzling but Ian’s determination to unravel the mystery win her over and together they embark on a whirlwind journey in search of the truth. Criss-crossing Europe on the trail of bizarre clues and with a murderous gunman tracking their every move, Lindsay and Ian soon find themselves in mortal danger. They are chased through Paris, Lisbon and Venice before arriving back in England to finally unlock the riddle of the Ripper. But with the police now also hot on their tail, will they ever be able to solve The Whitechapel Secret?
Kindle Price: $0.99
Click here to download this book. 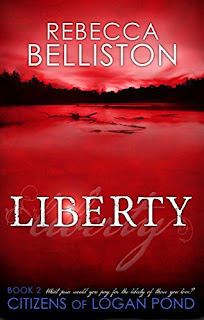 Liberty
Chicago is burning, a rebellion rises, but that’s the least of Carrie’s concerns. Patrolman Simmons is assigned new partners who threaten the security and secrecy of Carrie's clan. Tensions are high, lines are drawn, and Carrie feels a wedge growing between her and Greg. Haunted by past mistakes and impending tragedies, Greg knows he should distance himself from Carrie. He knows he should let her love the patrolman who can save her and her siblings, especially with money and resources dwindling. But knowing and doing are different matters. He's busy hatching a plan to salvage things when his citizenship backfires, and he’s asked to do the unthinkable. In this stunning follow-up to Life, loved ones are lost, allegiances are tested, and old enemies plot revenge. At every turn, the citizens of Logan Pond must ask: What price would you pay for the liberty of those you love?
Kindle Price: $0.99
Click here to download this book 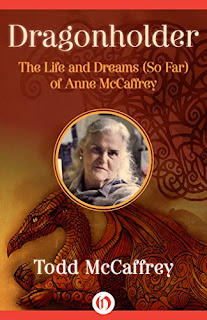 Dragonholder: The Life and Dreams (So Far) of Anne McCaffrey
Now a member of Anne McCaffrey's family--her son Todd--gives us a candid and inspiring glimpse into the mind and soul of one of the greatest science fiction and fantasy writers of all time--an extraordinary woman who has influenced a generation of writers and readers and left an indelible mark on the field. From Anne's birth on April Fool's Day in 1926, her girlhood encounters with the strange power of second sight that gifts the McCaffreys, her trailblazing efforts to balance the roles of wife, mother, and writer in the turbulent sixties, through a painful divorce and the years of success and acclaim that followed, Dragonholder is a labor of love that will enrich every reader's appreciation of the world of Pern . . . and its equally unique creator.
Kindle Price: $1.99
Click here to download this book 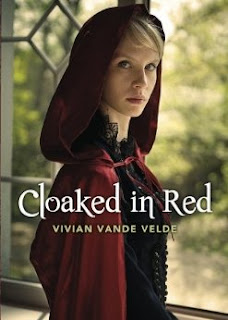 Cloaked In Red
So you think know the story of Little Red Riding Hood, the girl with the unfortunate name and the inability to tell the difference between her grandmother and a member of a different species? Well, then, try your hand at answering these questions:
-Which character (not including Little Red herself) is the most fashion challenged?
-Who (not including the wolf) is the scariest?
-Who (not including Granny) is the most easily scared?
-Who is the strangest? (Notice we're not "not including" anyone, because they're all a little off.)
-Who (no fair saying "the author") has stuffing for brains?
Vivian Vande Velde has taken eight new looks at one of the world's most beloved (and mixed-up) stories. You may never look at fairy tales in quite the same way again
Kindle Price: $1.99
Click here to download this book 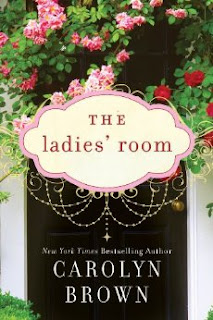 The Ladies' Room
Secrets told in the church ladies' room are supposed to stay in the ladies' room. But that doesn't mean that what Trudy overhears there during her great-aunt Gertrude's funeral won't change the rest of her life. Trudy has a daughter in the middle of a major rebellion; a two-timing husband who has been cheating for their entire married life; and a mother with Alzheimer's residing in the local nursing home. She doesn't really need a crumbling old house about to fall into nothing but a pile of memories and broken knickknacks. Billy Lee Tucker, resident oddball in Tishomingo, Oklahoma, lived next door to Gert, and in her will she leaves him the funds to help Trudy remodel the old house. That's fine with Billy Lee, because he's been in love with Trudy since before they started school. And just spending time with her is something he'd never ever allowed himself to dream about.
A beautiful home rises up from the old house on Broadway, and right along with it rises up a relationship. But is Trudy too scarred from what she heard in the ladies' room to see a lovely future with Billy Lee?
Kindle Price: $0.99
Click here to download this book