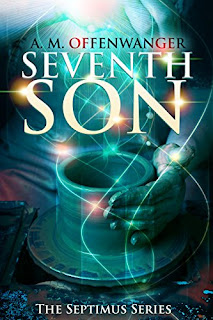 Seventh Son
Cat was ordinary—until the day a blue bowl whirled her off to another world...Catriona, ex-librarian, dumped by her boyfriend, is just trying to restart her life when she looks into a blue pottery bowl in a museum, and suddenly finds herself whirled off to a magical medieval world. Who is the injured man flung across the forest path? How is Cat going to cope with that muddy baby watching him? And what do either of them have to do with the disappearance of the town's most powerful figure, the seventh son of the seventh son? Something is not right in the forest of Ruph... Will Cat solve the mystery? Can she make her way back to twenty-first-century America - and what is more, will she want to?
Kindle Price: $0.00
Click here to download this book. 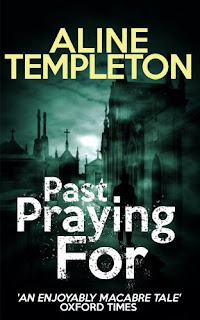 Past Praying For
The people of of Stretton Noble are middle-class and complacent – or so thinks the Reverend Margaret Moon, who is disgusted by the materialistic lifestyle of her new parishioners. It’s only when her brother, Robert, a forensic psychologist, comes to visit that she is made aware of the uneasy undercurrents and tensions which pervade this seemingly peaceful village society. But even he doesn’t suspect that someone is concealing a childhood trauma so severe that it has fractured their personality. But then a strange series of events persuades both Margaret and Robert that a killer is among them.
Kindle Price: $0.99
Click here to download this book. 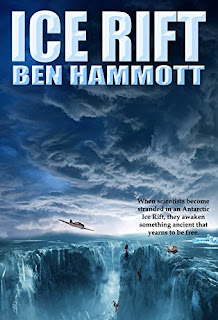 Ice Rift
A huge rift in the ice is discovered in Antarctica that stretches for 18 miles, (29 km) and 820 feet (250 meters) apart at its widest point. When environmental scientists enter the ice rift to check out an anomaly on NASA's satellite scans of the area, they discover something far more life threatening than the raging blizzard trapping them in the rift. They are unarmed and unprepared for their ensuing fight for survival.
Kindle Price: $1.99
Click here to download this book. 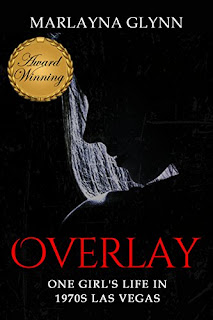 Overlay: One Girl's Life in 1970s Las Vegas
Born into an ongoing cycle of alcoholism and abandonment amidst fallen adults, Marlayna develops a powerful sense of self-preservation in contrast to the quirky people entrusted with her care. Her story explores the personalities of the bizarre characters who populate her life as she moves from home to home, parent to parent, family to family, ultimately becoming homeless at the age of fourteen.
Kindle Price: $3.99
Click here to download this book. 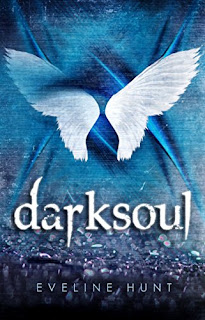 Darksoul
Seventeen-year-old Hazel Lisle has a problem. Or two. Or three. Problem number one: Asher Evans, her best friend and long-time crush. A lover of piercings with tan skin and a posh British accent, he’s spunky, fun, dirty-mouthed...and clearly more than what he seems. Then there is Hunter Slade. Cold. Infuriating. Unreadable. He knows just how to work her last nerve. But under his calm, impassive mask, he’s hiding a terrible secret of his own. Hunter and Ash are the least of Hazel’s worries. Someone is out to kill her, and she has no idea why. Monsters seem to come from left and right. Invisible wings follow her everywhere she goes. There’s a voice, soft and strangely familiar, inside her head. After a series of scary encounters, Hazel doesn't know who or what to believe. Only one thing is for sure: She will not go down without a fight.
Kindle Price: $2.99
Click here to download this book. 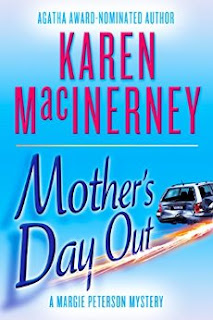 Mother's Day Out
Life is pretty typical for stay-at-home mom Margie Peterson. She's got a peanut-butter-covered wardrobe, an attorney husband who's always at the office, and a mother-in-law who keeps slipping her books like "Sex Secrets of Happy Wives." Then she lands a part-time job at a seedy P.I. firm — and her humdrum suburban life is turned upside-down. By the end of her first day, Margie's totaled her minivan, submitted a picture of a naked man in Saran Wrap to the school newsletter, and accidentally participated in a drag queen contest. When she finds a dead transvestite in the “Princesses’” room of a gay bar, she decides it may be time to hang up her hat and start planning Tupperware parties. Then she picks up the drag queen’s phone… and discovers the last call the dead man made was to Margie’s own house.
Kindle Price: $2.00
Click here to download this book.