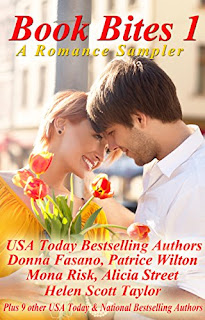 Book Bites 1
Want to find new authors without it costing the earth? Try Book Bites #1. Fourteen romance chapters from fourteen USA Today and National Bestselling authors lets you try before you buy.  Travel the world during your coffee break or on your commute, from Africa to England and Iraq to Florida with doctors, military heroes, cowboys and cops in contemporary, historical and Civil War romance. Whatever your taste, there is something for everyone in Book Bites #1 from Authors' Billboard.
Kindle Price: $0.00
Click here to download this book. 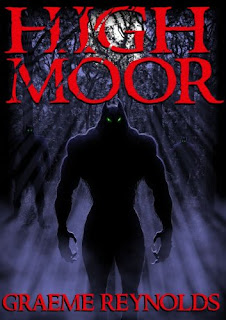 High Moor
When John Simpson hears of a bizarre animal attack in his old home town of High Moor, it stirs memories of a long forgotten horror. John knows the truth. A werewolf stalks the town once more, and on the night of the next full moon, the killing will begin again. He should know. He survived a werewolf attack in 1986, during the worst year of his life.
Kindle Price: $0.99
Click here to download this book. 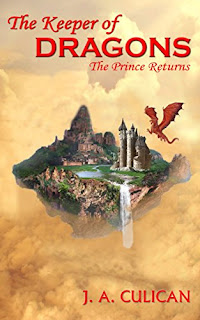 The Keeper of Dragons
How would you react if you found out you were a dragon? Not just any dragon-the one who was fated to save all that was deemed true. On his 18th birthday, Cole’s once humdrum life spirals into an uncontrollable battle for life or death. First, he learns that his family isn't really his own and his birth parents are actually dragons. With that legacy comes a special calling; devoting an eternity to protecting all true beings from creatures bent on controlling the Earth and bringing an end to dragons.  As the newly-minted Prince of Ochana, Cole is also the Keeper of Dragons and his first task is to keep the nefarious farro-fallen fairies-at bay. With no formal training, no control of his mahier-dragon magic, and fear like he’s never experienced before, will Cole be able to reach outside of his human side and embrace his destiny in time to defeat the farros?
Kindle Price: $0.99
Click here to download this book. 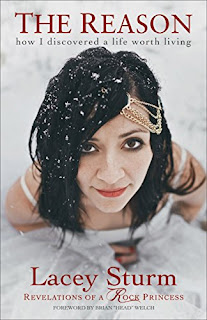 The Reason: How I Discovered a Life Worth Living
The day Lacey Sturm planned to kill herself was the day her grandmother forced her to go to church, a place Lacey thought was filled with hypocrites, fakers, and simpletons. The screaming match she had with her grandmother was the reason she went to church. What she found there was the Reason she is alive today. With raw vulnerability, this hard rock princess tells her own story of physical abuse, drug use, suicide attempts, and more--and her ultimate salvation. She asks the hard questions so many young people are asking--Why am I here? Why am I empty? Why should I go on living?--showing readers that beyond the temporary highs and the soul-crushing lows there is a reason they exist and a purpose for their lives. She not only gives readers a peek down the rocky path that led her to become a vocalist in a popular hardcore band, but she shows them that the same God is guiding their steps today.
Kindle Price: $1.99
Click here to download this book. 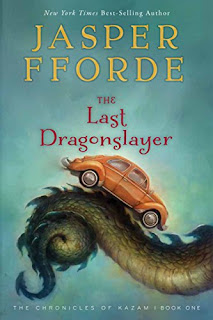 The Last Dragonslayer
In the good old days, magic was indispensable—it could both save a kingdom and clear a clogged drain. But now magic is fading: drain cleaner is cheaper than a spell, and magic carpets are used for pizza delivery. Fifteen-year-old foundling Jennifer Strange runs Kazam, an employment agency for magicians—but it’s hard to stay in business when magic is drying up. And then the visions start, predicting the death of the world’s last dragon at the hands of an unnamed Dragonslayer. If the visions are true, everything will change for Kazam—and for Jennifer. Because something is coming. Something known as . . . Big Magic.
Kindle Price: $2.99
Click here to download this book. 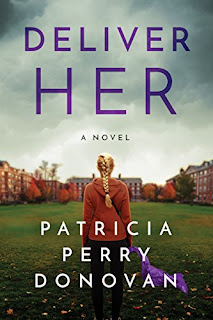 Deliver Her
On the night of Alex Carmody’s sixteenth birthday, she and her best friend, Cass, are victims of a terrible car accident. Alex survives; Cass doesn’t. Consumed by grief, Alex starts cutting school and partying, growing increasingly detached. The future she’d planned with her friend is now meaningless to her. Meg Carmody is heartbroken for her daughter, even as she’s desperate to get Alex’s life back on track. The Birches, a boarding school in New Hampshire, promises to do just that, yet Alex refuses to go. But when Meg finds a bag of pills hidden in the house, she makes a fateful call to a transporter whose company specializes in shuttling troubled teens to places like The Birches, under strict supervision. Meg knows Alex will feel betrayed—as will her estranged husband, who knows nothing of Meg’s plans for their daughter. When the transport goes wrong—and Alex goes missing—Meg must face the consequences of her decision and her deception. But the hunt for Alex reveals that Meg is not the only one keeping secrets.
Kindle Price: $1.99
Click here to download this book.
Posted by Joisel at 12:00 AM