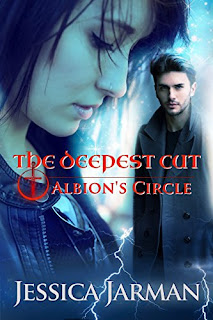 The Deepest Cut
For nineteen years, Anna has been plagued by dreams of lives lived only in legend. Finally free from the family that believed her hopeless and worthless, she’s ready to start her life over—alone. When Anna meets an enigmatic stranger claiming to be the legendary wizard Merlin, she is forced to question the very reality she’s struggled to accept. With the mythic figures from her dreams intruding on her waking life, Anna learns that she’s been reborn to fight an ancient evil alongside King Arthur and his Knights of the Round Table. Caught in an ages old conflict, Anna is the key to stopping a dark magic that will destroy the world—and Merlin wants to make sure that this time, Anna isn’t alone.
Kindle Price: $0.00
Click here to download this book. 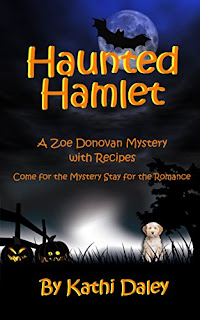 Haunted Hamlet
When a ghost hunter is found dead in a haunted house just days before Halloween it looks like the killer may be living impaired. Zoe must juggle the annual Zoe Donovan Spooktacular with zombies on the run, the annual pumpkin carving contest, a haunted hayride, a relationship in crisis, and a little behind the scenes investigation.
Kindle Price: $0.99
Click here to download this book. 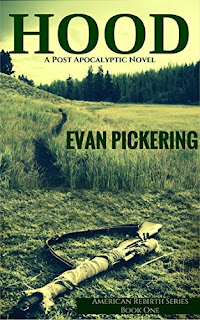 HOOD
Hood's life is gone. No more student loans, house parties, video games. The world is now a place of pure survival. Lucky for him, he's pretty damn good with a gun in his hand. Learning to live with pulling the trigger is something else, though. Two years after the collapse of American civilization, hidden away in the mid-Atlantic countryside in the small town of Clearwater, a group of survivors led by a young marksman named Hood and an ex-cop by the name of Whiskey have found security in obscurity. Raging through the remnants of the northeast, two kings, the Kaiser and the Crusader, fight a war for control of the land.
Kindle Price: $1.99
Click here to download this book. 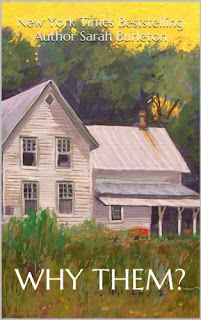 Why Them
"If Grandpa noticed my black eyes, the fingernail marks around my neck from Mom's fingers digging into me, or my bruised sides; he never let on.  All Grandpa wanted to do was to see my schoolwork, read my essays, and talk about the latest book I was reading.  When Grandpa came over, he made his visit about me and what I was doing.  He made it a point to tell me every week how proud he was of me and how beautiful he thought I was; regardless of how bloody my nose was or how black my eyes were."
Kindle Price: $0.99
Click here to download this book. 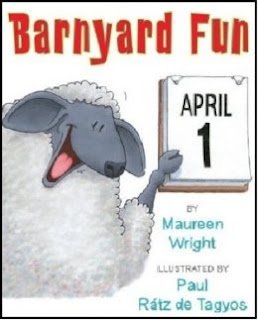 Barnyard Fun
When Sheep found out it was April One, he said, ?It's time to have some fun!? Sheep set the alarm an hour ahead. It woke up Rooster in his bed. Sheep plays April Fool's jokes on Rooster, Dog, Pig, and Cow. Then Horse decides to play a trick on Sheep ? and the farm animals have the biggest laugh of all!
Kindle Price: $1.00
Click here to download this book. 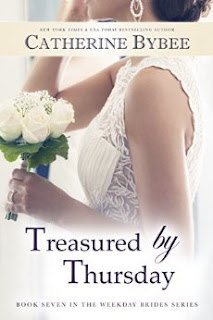 Treasured by Thursday
Gabriella Masini: She’s a woman haunted by her past, with the scars to prove it. She believes that fairy tales are for other people. An elite matchmaker at Alliance, she’s great at crunching numbers, but something doesn’t add up with her latest prospective client: a billionaire bad boy with his own secrets. When Gabi refuses to be his temporary wife, Hunter forces her hand with an offer she can’t refuse. But marriage to a man like that could never last…or could it?
Hunter Blackwell: Only his bank account is bigger than his ruthless ability to obtain anything he wants. These days, he has a secret reason to settle down, at least for a while—and he thinks the sensual and sassy Gabi will fit the bill perfectly. But when their marriage of convenience becomes downright dangerous, Hunter must decide how far to take his vow to honor and protect Gabi forever.
Kindle Price: $1.99
Click here to download this book.
Posted by Joisel at 12:00 AM