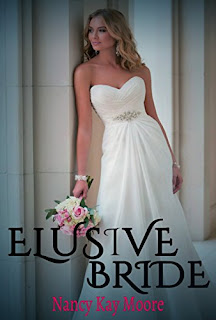 Elusive Bride
This is a love story about a gutsy young woman, Ava Andrews, who decides on her wedding day she can't go through with the marriage. When she leaves a church filled with family and friends and tells the limo driver to "just go" she has no idea she will land up in a near-by town at a neighborhood bar, befriended by Weston Morris, a local veterinarian and all-around good ole boy. Will Weston convince Ava to go back and work things out with her fiancé or persuade her to hang around his hometown and start a new life? A life that includes him and his young son, Toby. Elusive Bride will hopefully convince you that sometimes even when you think you have it all figured out there is still time to change your mind.
Kindle Price: $0.00
Click here to download this book. 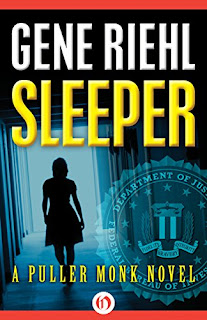 Sleeper
When a da Vinci masterwork is stolen from a private collector, Puller Monk is assigned to the case. Monk's private demons have worked for him before. No ordinary agent, he plays by his own rules. He's just what the FBI needs. Because what they're looking for is no ordinary thief…A young chameleon assassin, she was bred to kill. An American sleeper spy, she answers to many names, adapts to each identity, and is trained in every deadly art. Only a select few know who she really is. Only they know her ultimate objective: take out Puller Monk. A killing game begins between the agent and the sleeper. Both are the hunted. Both are the hunter. But when Monk finds himself seduced by his own past he also finds himself doomed by the dark side that was once his only salvation.
Kindle Price: $1.99
Click here to download this book. 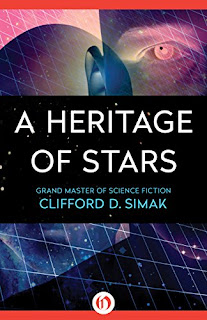 A Heritage of Stars
Thousands of years into the future man has completely destroyed a technology-based society and lives a tribal existence, worshipping the 'brain'-cases of long-rusted robots. Here and there pockets of knowledge remain, and young Tom Cushing lives in one such university. His imagination fired by reading of the fabled 'Place of Going to the Stars' in an ancient manuscript, he sets out on a long odyssey to find out if the legend is true. His journey encompasses excitement, danger and some strange and colourful companions who commune with plants, can sense life and include the very last robot. But nothing he meets along the way compares with what he and his motley group find at Thunderhead Butte, the Place of Going to the Stars, their journey's end. Here wonder abounds almost as at the edge of the universe. A new challenge, for man to rediscover his destiny, to fulfil his heritage and recover his lost knowledge.
Kindle Price: $1.99
Click here to download this book. 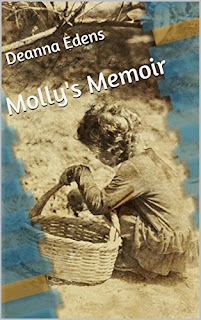 Molly's Memoir
Molly’s Memoir is a journey through the life and times of a woman who is raised by a Seneca Indian after she is abandoned on the porch of a log cabin in the hills of West Virginia. Growing up in the isolated Monongahela Mountains, she learns about love, faith, and of the craft of healing with medicinal herbs. The background of these stories begins in 1905 when West Virginia was wild and wooly, and continues to the later half of the 20th century, when a journalism student, who works at the Springfield Senior Care Facility, is recruited by two gray-haired, knee-high wearing women to inscribe Molly’s tales.
Kindle Price: $2.99
Click here to download this book. 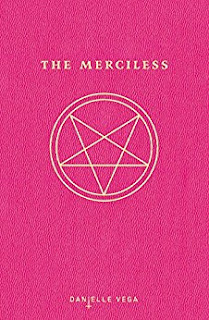 The Merciless
Brooklyn Stevens sits in a pool of her own blood, tied up and gagged. No one outside of these dank basement walls knows she’s here. No one can hear her scream. Sofia Flores knows she shouldn’t have gotten involved. When she befriended Riley, Grace, and Alexis on her first day at school, she admired them, with their perfect hair and their good-girl ways. They said they wanted to save Brooklyn. They wanted to help her. Sofia didn’t realize they believed Brooklyn was possessed. Now, Riley and the girls are performing an exorcism on Brooklyn—but their idea of an exorcism is closer to torture than salvation. All Sofia wants is to get out of this house. But there is no way out. Sofia can’t go against the other girls . . . unless she wants to be next. . . .
Kindle Price: $2.99
Click here to download this book. 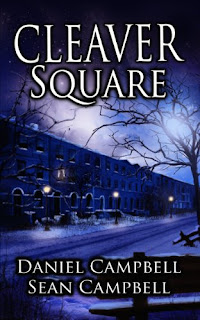 Cleaver Square
The bleakest winter on record and a gruesome discovery bring DCI David Morton to the Hackney Marshes in search of a clue, any clue, as to the identity of a dead child found near the Old River Lea. Meanwhile, closer to home, Morton's long suffering wife Sarah comes to the conclusion that her man has been doing more than work during his late nights at the office. As he closes in on the mystery of the boy's identity his life begins to crumble and a terrible wrong is done to someone he loves.  With all of London watching, Morton's impeccable ethics will be tested to their limit as he is forced to choose between doing what is right and what is legal.
Kindle Price: $0.99
Click here to download this book.
Posted by Joisel at 12:00 AM