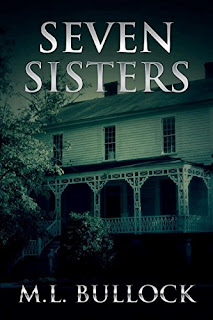 Seven Sisters
Carrie Jo has a secret—she dreams about the past. The handsome and wealthy Ashland Stuart has hired her to uncover the history and the secrets of Seven Sisters, an aging antebellum mansion in sultry downtown Mobile, Alabama. A series of dreams, an untimely death and the betrayal of someone she loves lead her back in time to uncover the truth about a missing young heiress and a web of secrets. Will Carrie Jo slip into the shadows of Seven Sisters, following in the ghostly footsteps of the lost young woman, or can she solve this tragic mystery and find her own happiness?
Kindle Price: $0.00
Click here to download this book. 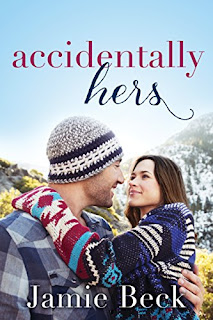 Accidentally Hers
When ruggedly sexy backcountry guide Grey Lowell moves to Sterling Canyon, Colorado, after buying the ski-expedition company Backtrax, his plans don’t include romance. Still, it’s fun to look—especially across a crowded restaurant at a beauty he dubs “Bambi.” But all his plans change later that night when he’s injured by a drunk driver. Physical therapist Avery Randall is shocked to learn that Grey’s the man her brother struck with his car, and even more stunned when he arrives at the clinic expecting her help. Despite her reservations and Grey’s silly new nickname for her, Avery agrees to work with him, and passion begins to simmer. Yet with his livelihood at stake, Grey must make tough decisions that could hurt Avery and her family. Before long, Avery’s loyalties are tested, and the choices she and Grey each make may cost them their chance at lasting love.
Kindle Price: $1.99
Click here to download this book. 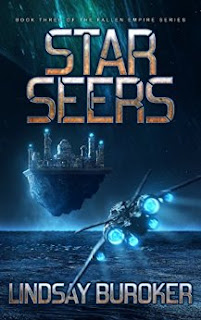 Starseers
The mysterious and powerful Starseers have Captain Alisa Marchenko's daughter, and she will do whatever she must to get her back, even if it means traveling to their stronghold and confronting them personally. Unfortunately, her strongest ally, the cyborg Leonidas, may become a liability since the cyborgs and the Starseers have a long history of hating each other. It doesn’t help that Leonidas and Dr. Dominguez have a mission of their own, one that could jeopardize all that Alisa is fighting for.
Kindle Price: $0.99
Click here to download this book. 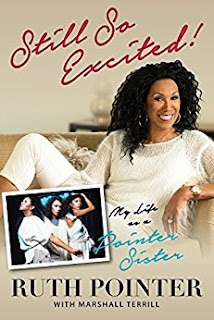 Still So Excited!: My Life as a Pointer Sister
This offers an engaging, funny, heartbreaking, and poignant look at Ruth Pointer’s roller-coaster life in and out of the Pointer Sisters. When overnight success came to the Pointer Sisters in 1973, they all thought it was the answer to their long-held prayers. While it may have served as an introduction to the good life, it also was an introduction to the high life of limos, champagne, white glove treatment, and mountains of cocaine that were the norm in the high-flying '70s and '80s. Ruth Pointer’s devastating addictions took her to the brink of death in 1984. Ruth Pointer has bounced back to live a drug- and alcohol-free life for the past 30 years and she shares how in her first biography. Readers will learn about the Pointer Sisters’ humble beginnings, musical apprenticeship, stratospheric success, miraculous comeback, and the melodic sound that captured the hearts of millions of music fans. They will also come to understand the five most important elements in Ruth’s story: faith, family, fortitude, fame, and forgiveness.
Kindle Price: $3.99
Click here to download this book. 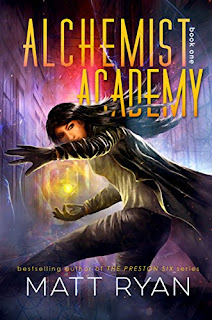 Alchemist Academy
Allie Norton never believed she was anyone special, why would she? She was an outsider on all accounts, even her stepfamily didn't want her. But when Allie meets her new next door neighbor, Mark Duval, he opens her eyes to the hidden world of alchemy. When a recruiter for the Alchemist's Academy comes calling, Allie is more than thrilled to answer. With Mark in tow, she braves this strange new world, hidden by magic and secrets. It doesn't take long to figure out nothing is as it is supposed to be. The art of Alchemy is not taught, but thrown at the students with force and cruelty. Students are pitted against one another in a battle of houses. They fight for dominance, while fear and hatred for each other are used to facilitate their alchemist creations. If you can't cut it, the President of the Academy, Verity, will announce your retirement. Allie and Mark must find a way through the mysteries of alchemy and the academy before they too are retired.
Kindle Price: $0.99
Click here to download this book. 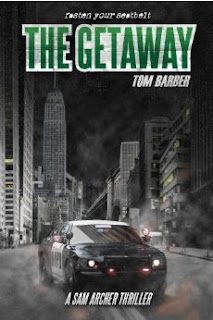 The Getaway
A series of violent and highly successful bank robberies have been carried out across the city, all by the same five-man team. Millions of dollars have been stolen. The thieves are slick, efficient, well-organised and vicious. The FBI are getting nowhere in tracking them down. With pressure from Washington mounting and the heists continuing, the Feds desperately search for any leads. They need results and they need them fast.
Kindle Price: $1.99
Click here to download this book.
Posted by Joisel at 12:00 AM