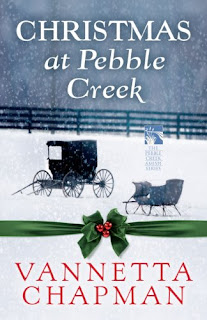 Christmas at Pebble Creek
Heavy snow blankets the southwestern Wisconsin Amish community as nineteen-year-old Grace Miller closes the schoolhouse for Christmas break. She’s looking forward to having extra time to help the family prepare for the holiday, and she is hoping to get a few more drawings in of the beautiful, snowy Pebble Creek landscape. Her courtship with Adam Lapp is going on six months, and Grace can’t wait to give him his present: a blue-and-brown buggy blanket she crocheted for him. Yes, this Christmas is going to be especially joyful. Yet, amid the cheer of snowshoe outings, church potlucks, and holiday festivities, Grace is given a bittersweet reminder of the Christmas story. Grief is present with celebration, and though the future is rarely certain, she is given a heartwarming glimpse that God knows our needs before we do and will provide.
Kindle Price: $0.00
Click here to download this book. 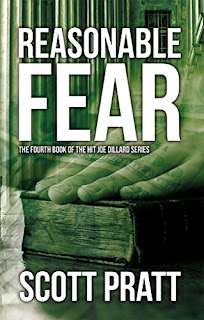 Reasonable Fear
Three young women are found floating in a lake. The suspect is one of the richest and most powerful men in Tennessee.   In this novel, Dillard has become the district attorney in Northeast Tennessee. He becomes heavily involved in the investigation with Sheriff Leon Bates and soon realizes that he is up against an enemy that he has never before encountered -- someone so rich and so powerful that the course of justice could be altered by money and political influence. But when bodies start showing up in his driveway and his family is threatened with termination, Dillard must ask himself a previously unthinkable question. His life, and the lives of his family, depend on the answer.
Kindle Price: $0.99
Click here to download this book. 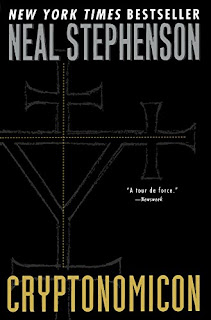 Cryptonomicon
All of this secrecy resonates in the present-day story line, in which the grandchildren of the WWII heroes--inimitable programming geek Randy Waterhouse and the lovely and powerful Amy Shaftoe--team up to help create an offshore data haven in Southeast Asia and maybe uncover some gold once destined for Nazi coffers. To top off the paranoiac tone of the book, the mysterious Enoch Root, key member of Detachment 2702 and the Societas Eruditorum, pops up with an unbreakable encryption scheme left over from WWII to befuddle the 1990s protagonists with conspiratorial ties.
Kindle Price: $1.99
Click here to download this book. 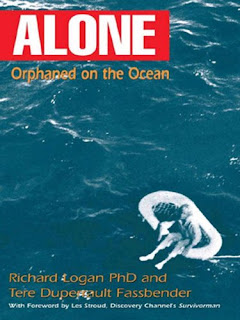 Alone: Orphaned on the Ocean
Terry Jo Duperrault was 11 when her family was murdered at sea aboard a chartered sailboat off the coast of Florida. She jumped overboard just in time to escape. Surviving four days on a cork float in the middle of the ocean, Terry Jo’s rescue pictures graced LIFE Magazine soon after she was found. This is the first time Terry Jo, now known as Tere Duperrault Fassbender, has been able to fully tell her story. In September 1988 Oprah Winfrey reunited her with the freighter captain who saved her but, even then, she was not healed enough to reveal what it took to survive for four days adrift and alone at sea.
Kindle Price: $1.99
Click here to download this book. 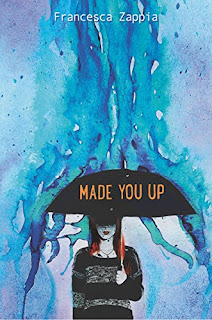 Made You Up
Reality, it turns out, is often not what you perceive it to be—sometimes, there really is someone out to get you. Made You Up tells the story of Alex, a high school senior unable to tell the difference between real life and delusion. This is a compelling and provoking literary debut that will appeal to fans of Wes Anderson, Silver Linings Playbook, and Liar. Alex fights a daily battle to figure out the difference between reality and delusion. Armed with a take-no-prisoners attitude, her camera, a Magic 8-Ball, and her only ally (her little sister), Alex wages a war against her schizophrenia, determined to stay sane long enough to get into college. She’s pretty optimistic about her chances until classes begin, and she runs into Miles. Didn't she imagine him? Before she knows it, Alex is making friends, going to parties, falling in love, and experiencing all the usual rites of passage for teenagers. But Alex is used to being crazy. She’s not prepared for normal.
Kindle Price: $1.99
Click here to download this book. 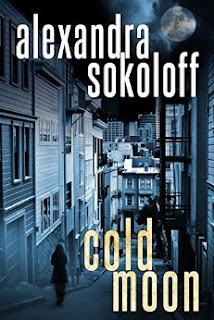 Cold Moon
The hunt for mass murderer Cara Lindstrom is over. FBI Special Agent Matthew Roarke has been working for this moment: the capture of a killer who savagely hunts the worst of humanity. But Roarke remains traumatized by his own near-death at the hands of the serial killer who slaughtered Cara’s family…and haunted by the enigmatic woman who saved his life. Then the sixteen-year-old prostitute who witnessed Cara’s most recent murder goes missing, and suddenly pimps are turning up dead on the streets of San Francisco, killed with an MO eerily similar to Cara’s handiwork. Is a new killer on the loose with a mission even more deadly than hers? In the pulse-pounding third Huntress/FBI Thrillers book, Roarke will have to go on the hunt…and every woman he meets, even those closest to him, may prove deadly.
Kindle Price: $1.99
Click here to download this book.