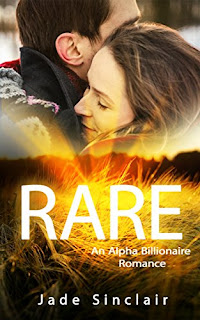 Rare
Arrogant, controlling, conceited, playboy! That’s the only way Michelle could describe Thomas James, the billionaire bastard who she strongly revolted. Not only did he have the nerve to rudely cut her off in the parking lot and steal her parking spot but he intentionally outbid her for the Artemis Clock with an obscene amount of money which he knew she couldn’t afford. He didn’t even want the rare antique! Despite her hatred for him and his egotistical and conceited nature, she couldn’t help notice his broad shoulders, his roguish looks and confident air as he tried to interest her in purchasing the clock, on his terms of course! Her passion to impress her boss, Mrs. Belkins with this rare and high quality antique compelled Michelle, to surrender to Tom’s conditions. Is this a bid she can win or does he win something else?
Kindle Price: $0.00
Click here to download this book. 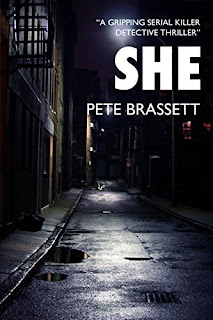 SHE
Detective Inspector Munro is a burly Scottish policeman who doesn’t suffer fools gladly. Detective Sergeant West is an intelligent young woman, new to the force, with a lot to prove. When a missing person case lands on their desks, Munro is sceptical there is much to it. But their investigation soon comes to some strange findings, and before long, a body is found. With a serial killer on their hands they must act fast to trace a woman placed at the scene of the crime. Yet discovering her true identity, let alone finding her, proves difficult. And as the plot thickens they realise the crime is far graver than either of them could have imagined.
Kindle Price: $0.99
Click here to download this book. 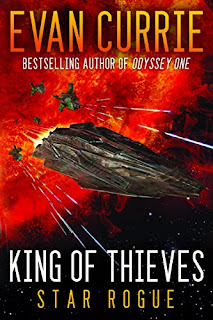 King of Thieves
Captain Morgan Passer commands the Rogue Class destroyer Autolycus, charged with an interstellar recon mission to detect traces of the repelled enemy while gathering information for the fortification of Earth’s defenses. What the expedition finds instead is a deeply disturbing mystery: a discovery that redefines everything they thought they knew about Earth’s place in the galaxy…and reveals deadly new horrors. In this original story set in the Odyssey One world, former enemies unite for their own survival, and Passer and his intrepid crew seek answers to help them save their people. Instead, they find that the invasion may be over, but the danger is just beginning.
Kindle Price: $1.99
Click here to download this book. 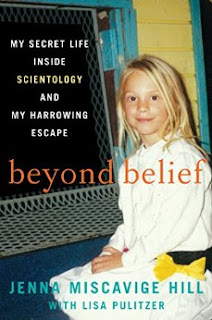 Beyond Belief
Jenna Miscavige was raised to obey. As niece of the Church of Scientology's leader David Miscavige, she grew up at the center of this controversial organization. At 21, she made a break, risking everything she'd ever known & loved to leave Scientology once & for all. Now she speaks out about her life, the Church & her escape, going deep inside a religion that, for decades, has been the subject of fierce debate & speculation worldwide.
Kindle Price: $1.99
Click here to download this book. 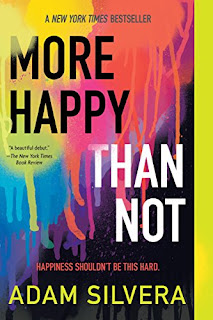 More Happy Than Not
In the months after his father's suicide, it's been tough for 16-year-old Aaron Soto to find happiness again--but he's still gunning for it. With the support of his girlfriend Genevieve and his overworked mom, he's slowly remembering what that might feel like. But grief and the smile-shaped scar on his wrist prevent him from forgetting completely. When Genevieve leaves for a couple of weeks, Aaron spends all his time hanging out with this new guy, Thomas. Aaron's crew notices, and they're not exactly thrilled. But Aaron can't deny the happiness Thomas brings or how Thomas makes him feel safe from himself, despite the tensions their friendship is stirring with his girlfriend and friends. Since Aaron can't stay away from Thomas or turn off his newfound feelings for him, he considers turning to the Leteo Institute's revolutionary memory-alteration procedure to straighten himself out, even if it means forgetting who he truly is. Why does happiness have to be so hard?
Kindle Price: $2.99
Click here to download this book. 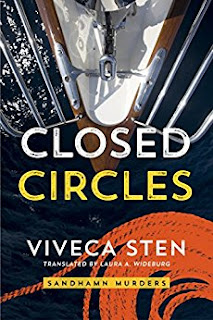 Closed Circles
It’s a beautiful day for a regatta—until one of Sandhamn Island’s most prestigious residents is killed aboard his sailing yacht. Oscar Juliander was a rich lawyer and deputy chairman of the prestigious Royal Swedish Yacht Club. While at first his death seems like a tragic accident, there is evidence of foul play. Police detective Thomas Andreasson teams up with local lawyer Nora Linde to investigate. As they work to uncover clues, they face resistance from an elite world where nothing but appearance matters. When the rich and powerful inhabitants of Sweden’s idyllic island getaway come under scrutiny, Thomas and Nora must work closely and secretively to seek justice.
Kindle Price: $1.99
Click here to download this book.